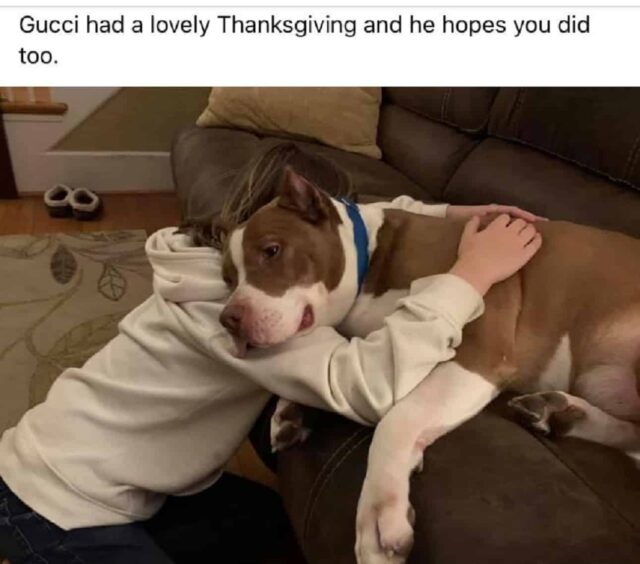 By nature, dogs are inquisitive and curious. Therefore, if you give them the opportunity to flee your home, they will not hesitate to do so. It’s really not that they do not want to be with you – they are simply too captivated by new smells, sights, and sounds that the outdoors offers. Unfortunately, this causes them to leave your residence and maybe even get lost.

Owners care about their dogs, therefore, the majority of dog-owning households take precautions to prevent their pets from fleeing. This was definitely not the case with Gucci’s previous family as they were irresponsible dog owners who do not actually go the extra mile to ensure their dog stays put.

Gucci is a bold furball that enjoys wandering. Thus, he has been saved 16 times by the Richmond Animal Care and Control (RACC)! The pit bull usually finds a way to escape his house, but fortunately, the RACC always catches him.

The RACC crew described the pit bull as a sociable canine that treats everyone as if they were his owners. Perhaps Gucci keeps fleeing because he wanted to share his canine affection with everyone in Richmond. Since 2014, his previous owners have been given fines many times, but they ultimately gave up recently.

We believe that this really is a positive development because Gucci’s previous family may not have given him the attention he needed. This adventurous canine has now been adopted by a new family, and it appears that things are already improving for Gucci.

According to Gucci’s new mother, Elizabeth Singer, they had been watching his conduct because they were aware of his previous exploits. There are no indications that the dog wishes to flee from their residence.

The Singers intend to take Gucci on numerous walks so he can satisfy his curiosity about what lies beyond their fence. 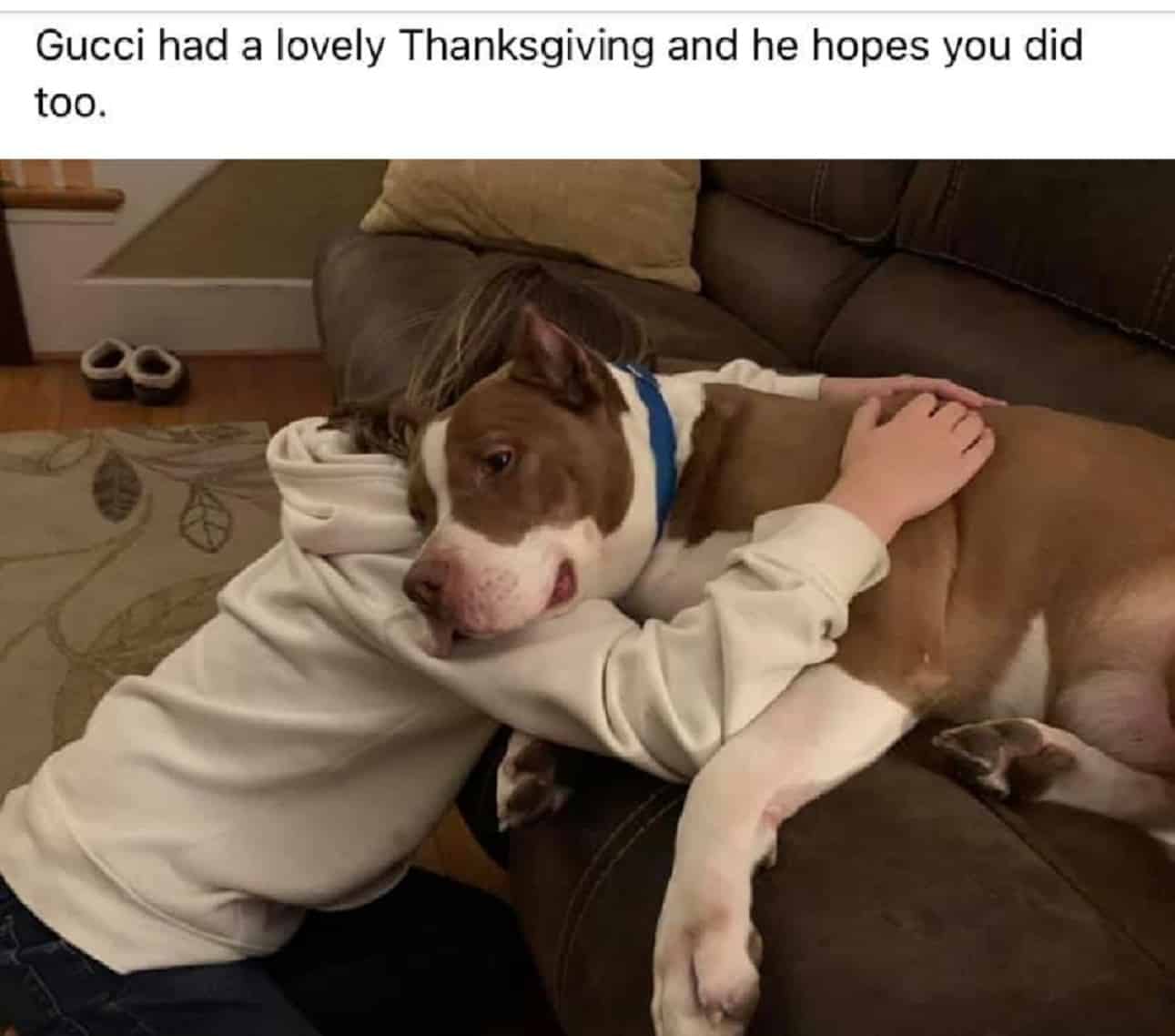