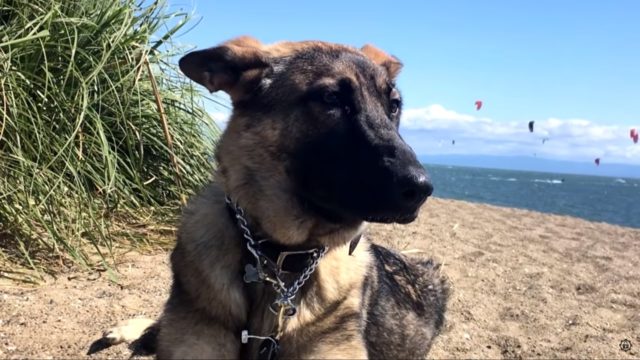 A German Shepherd pup was found on a box by the beach. She was ten weeks old when her owner left her. Kind-hearted beachgoers brought the puppy to the local animal shelter.

The shelter’s resident vet noticed that the puppy couldn’t seem to stand up. Its hind legs lay motionless, and the puppy crawls across the floor as if swimming. Because of this, the amused shelter staff decided to name the puppy Starfish.

Furthermore, the vet noticed that Starfish has problems due to her internal organs being squeezed. She declared the pup a lost cause and suggested that she be put to sleep.

The animal shelter manager decided to get a second opinion. The second vet recognized the symptoms as “Flat Puppy Syndrome”. This developmental deformity is due to delayed developments of the ligaments, tendons, or muscles. Meaning, Starfish just needed a bit of therapy to strengthen her muscles. 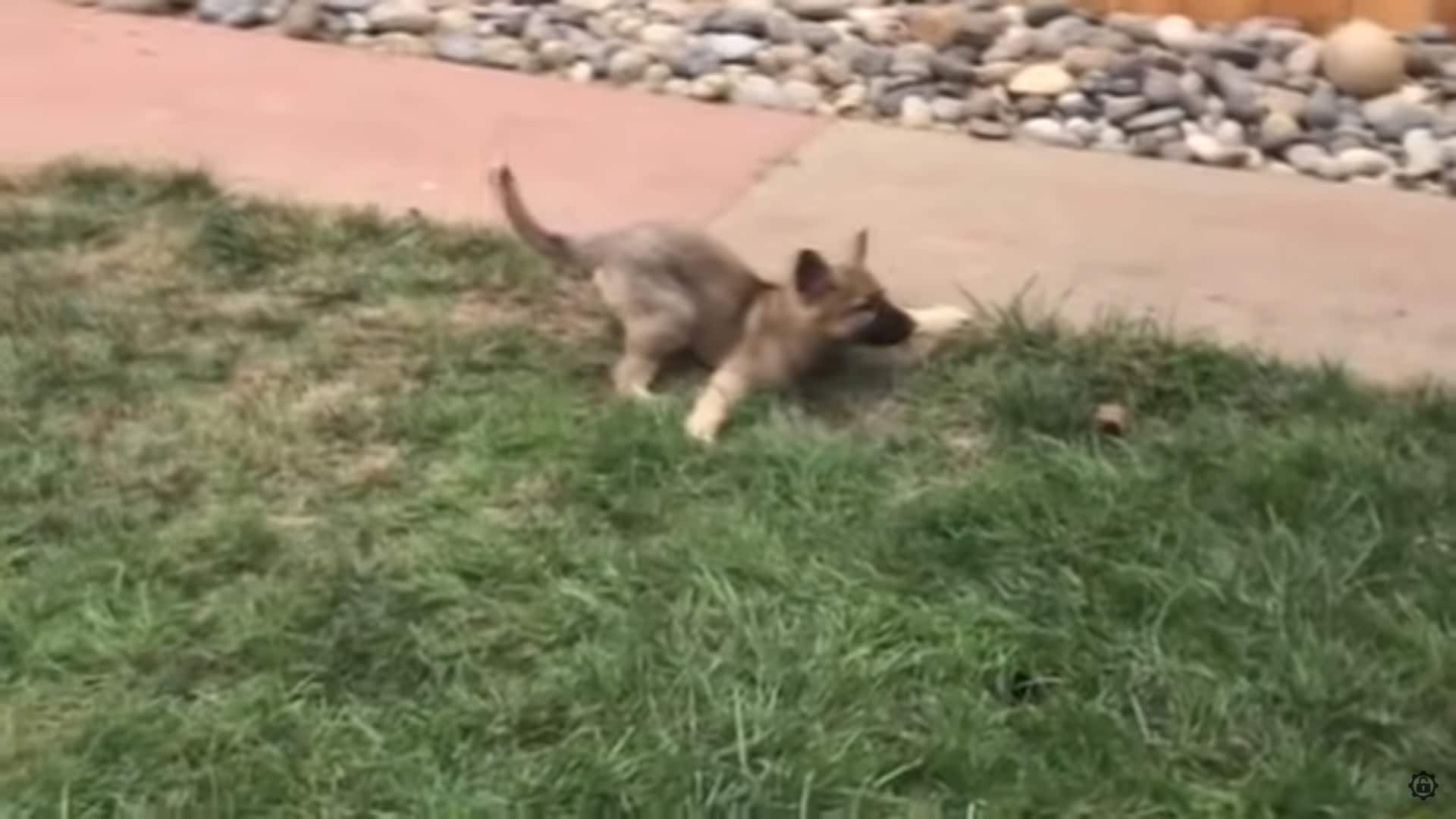 Meanwhile, a lady who saw Starfish at the shelter was struck by Starfish’s story and fell in love with her. She agreed to adopt Starfish, and soon, they were working on the puppy’s therapy. Starfish started by using a harness, then water therapy. When her legs became stronger, she practiced with bands on her legs.

She would practice climbing the stairs. When she stumbled, she would always get back up and try again. The puppy who was once written off by a vet is now a bouncing dog who likes to frolic and play!

Six months later, Starfish has been diagnosed with hip dysplasia, which required surgery amounting to $10,000. The animal shelter successfully created a Gofundme page, and the operation was successful. However, Starfish lost the drive to run as before and preferred to swim instead, like her namesake.

Before Starfish, Flat Puppy Syndrome was thought to be incurable, and hundreds of dogs were euthanized because of it. Now, we know that dogs with this deformity can be cured and have a better chance at life.