Home Dog Videos A Family Who Saved Three Street Dogs Saves Another One And Gave... 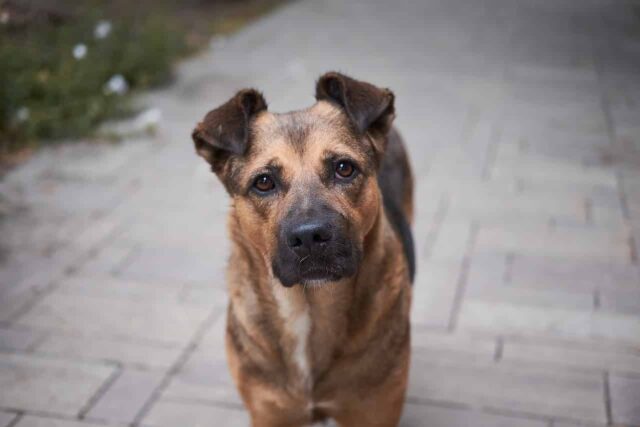 There’s something so satisfying about giving a homeless dog a home. A lot of people feel good when they can help a less fortunate animal. Some individuals have made it their life goal to do so. The following family is a great role model for this type of deed.

A couple from South Korea has recently been featured on a television show for rescuing three stray dogs. They don’t seem like rich people, but they can certainly provide for their pets. As a matter of fact, during their interview, they were in the process of rescuing the fourth dog.

The couple had been hard at work to rescue a small dog that lived under a large container box. They’ve been giving her food for two months, but she never came out of her hiding place. Nearby residents know the stray, but no one ever made an effort to save her except the couple.

The television network interviewing the couple helped them with their mission. A rescue crew arrived at the scene to set up traps. It worked flawlessly as the dog was captured in no time.

The stray was sent to an animal hospital for medical checkups and basic grooming. Of course, the couple was there eagerly awaiting the dog. Once everything was done, the couple met the dog and named her Saetbyul, which means morning star in Korean.

The couple adopted Saetbyul, making her a new member of the pack. However, she wasn’t so comfortable in her new home. The couple had to hire a dog trainer to teach them how to put their new dog at ease.

Fortunately, the training solution given to them was simple to follow. All the couple had to do was be present while allowing their dog to explore the house. If Saetbyul sat near them, they had to praise her for showing affection. Eventually, all the effort paid off, and she became well acquainted in her new home.