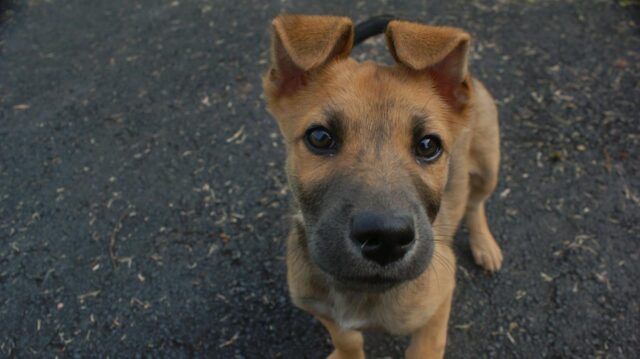 Dean Cresswell, a resident of Windsor, Ontario, was walking his dogs when he came across a heartbreaking scene. Lying motionless on the side of a seldom-used road was a small brown dog that had his snout and his legs tied tightly with electrical tape.

Dean was horrified with what he found. He immediately called the Windsor/Essex County Humane Society and asked them to send rescuers right away. The poor pooch was taken to a vet, where they slowly took off the tape and treated the injuries that it caused.

In the meantime, the shelter started to investigate the case.

Photos of the dog circulated, and mainstream media helped spread the news even further. People were enraged and started helping in discovering who the dog’s owners were. Shortly after, they were able to find them, a local couple named Adam Esipu and Jessica Hems. The authorities gave them a visit, and that’s when they learned the whole story.

The dog is a Patterdale Terrier that they called Nos. The couple, both Windsor residents, said that they adored their pet. But when they learned that their newborn baby was allergic to the small pooch, they were left with surely no choice but to give him up.

The owners further said that they couldn’t make themselves surrender the dog to the shelter. So they paid a man to do it for them. They even gave him 60 dollars for the surrender fee. But instead of taking Nos to the shelter, he bound the dog and left him to die.

The authorities arrested the man who then pleaded guilty and was given a stiff sentence.

The abused dog’s story prompted people to ask for better laws in protecting animals. They have placed pressure on the authorities, and their efforts have led to the amendment of the local legislation.

As for Nos, he has recovered from his injuries and has been renamed, Justice. He has overcome his trauma and is now living with a good family. 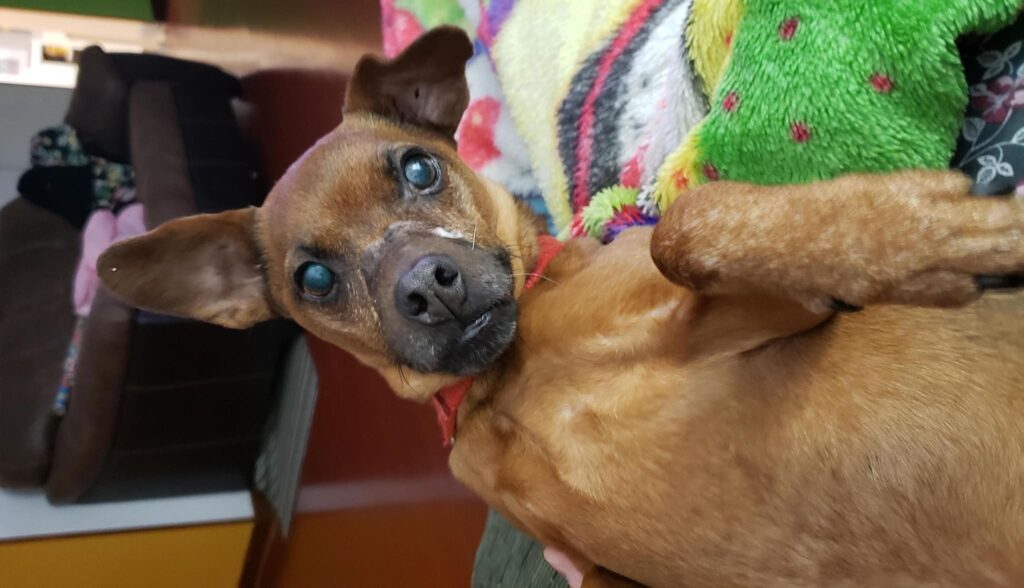