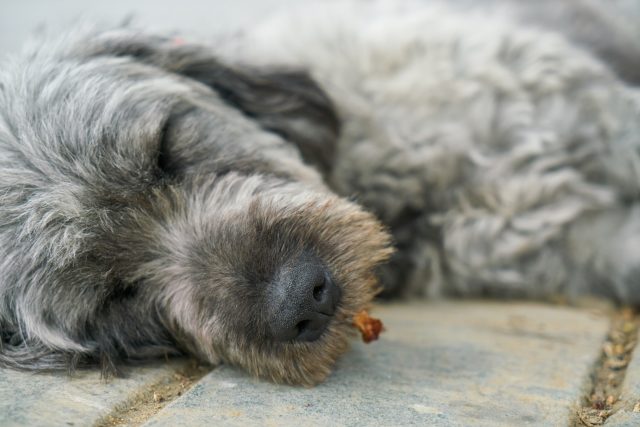 Someone thought it would be fun to hurt this poor dog by inserting a wire in her mouth and tying it around the back of her neck to ensure that it would be very difficult to remove. When she was found by the rescue team of the Animal Aid Unlimited organization, the wire had clung to her skin to the point that it was embedded and she had already been severely weakened because of the resulting wound. Her new carers promised her that she would make a complete recovery, and then she would never again be hurt for as long as she was with them.

Because of the general inconsistency of the availability of medical supplies as well as equipment, they opted to remove the embedded wire while she without sedating her first. And although they tried their best to be as gentle, and to make it as painless as they could, it was pure agony for her, and she howled for mercy. Finally, after a long and tedious process, the wire had been removed, and she could breathe a little easier because, after a few weeks of constant care and medicine, her wound was going to heal.

But for the next several weeks, which turned to months, she remained despondent, and her carers were desperate to find out how they could heal her emotional trauma now that her physical health had been restored. Her attitude changed a great deal when she met another dog that she eventually became very close with, however, and from then onward, it was as if the abuse she had endured never happened at all. She had become more energetic and more inclined to engage in playtime — and not just with this particular dog but with others, too, including people.

It took long enough, but she was happy, and that was all that mattered.