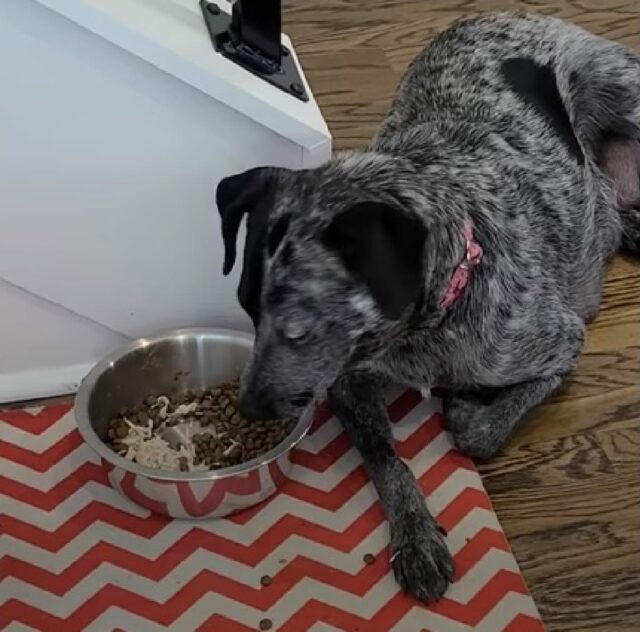 Angels Among Us Pet Rescue saved Bailey, a shy dog that was very pregnant. Bailey’s story was then shared by the rescue group and it caught the interest of a woman named Jade Gentry. Jade felt drawn toward Bailey and that is why she decided to assist the dog by fostering it.

Jade said that she had never fostered a pregnant dog before. However, she did not hesitate to give Bailey what she required, since she needed help now more than ever.

During her first days living in her foster home, Bailey never left her box. She sat right in a corner of the room and concealed herself behind anything that was bigger than herself.

Jade desired for Bailey to become used to her, so she lavished her with goodies and belly rubs. Bailey gradually emerged from her shell when she realized her efforts would be rewarded with yummy treats and hugs.

Bailey enjoys belly massages so much that she would army crawl on the carpet to receive one. When she is busy crawling on the carpet, her large pregnant stomach gets caught on the couch sometimes.

When Bailey knew she was about to give birth, she rushed to her birthing pen and remained there for the remainder of the afternoon. She soon gave birth to nine puppies, and Jade was ecstatic.

With the exception of Hoosier and Moye, all nine puppies were in good health. Hoosier was born with swimmer syndrome, and Moye was significantly smaller and had breathing issues.

Jade was uncertain as to whether Hoosier and Moye would survive the night, but they did! Hoosier and Moye were able to successfully complete the vital stage. Jade also provided them with extra care 24 hours a day, seven days a week.

As her puppies grew older, Bailey transformed into a happier, more confident furball. The puppies helped Bailey act like a puppy.

After being fostered for eight weeks, they were all adopted. 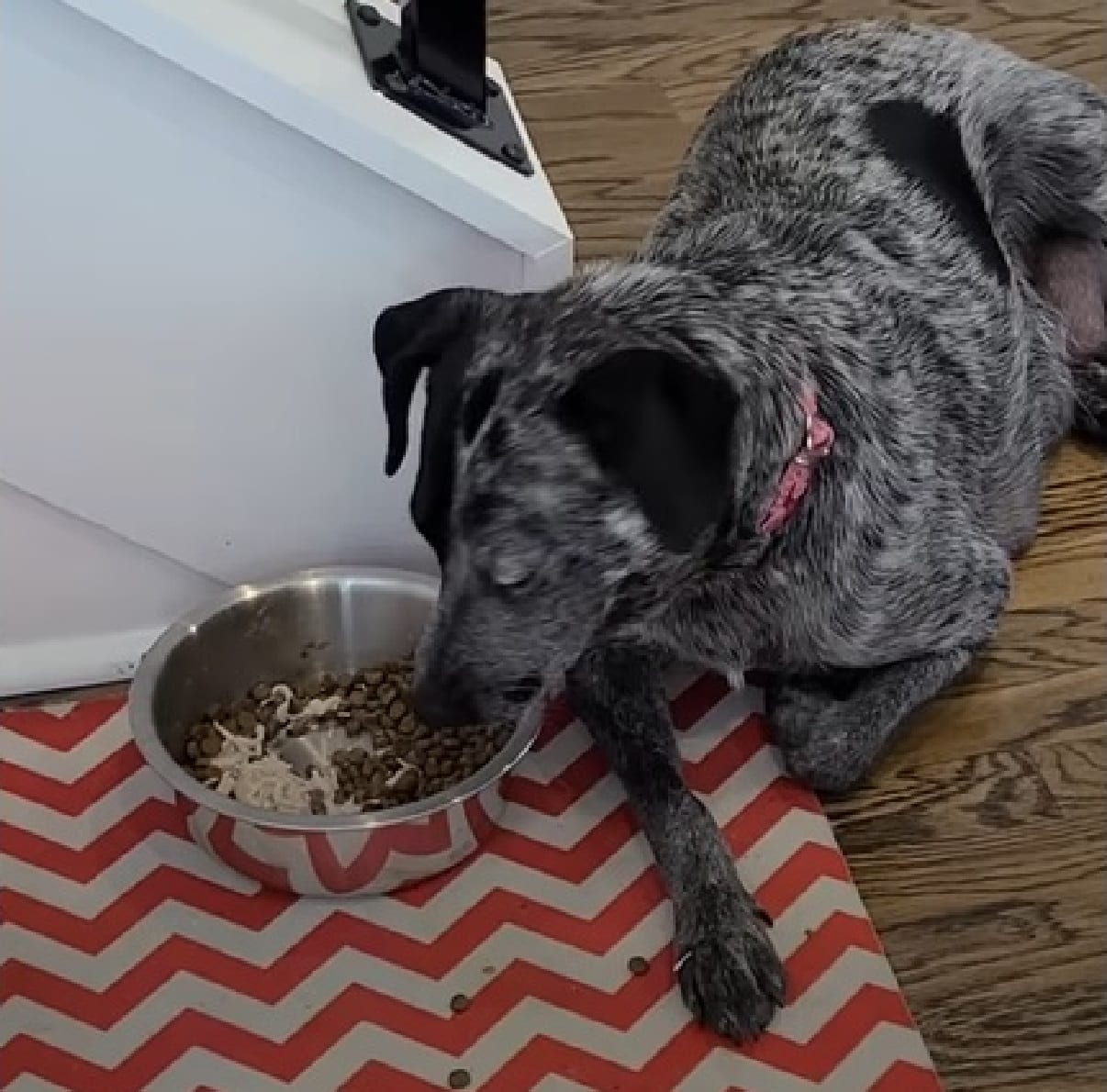 Four Days After A Devastating Earthquake Hit Taiwan, A Small Dog Is Found Alive Under Rubble

After Taking Home A Dog Surrendered By Her Owners To The Shelter, Kind Foster Volunteer Gets A Pleasant Surprise Several Weeks Later

A Dog Without Fur Was Found And Saved, Became Unrecognizable After Going Through A Transformation