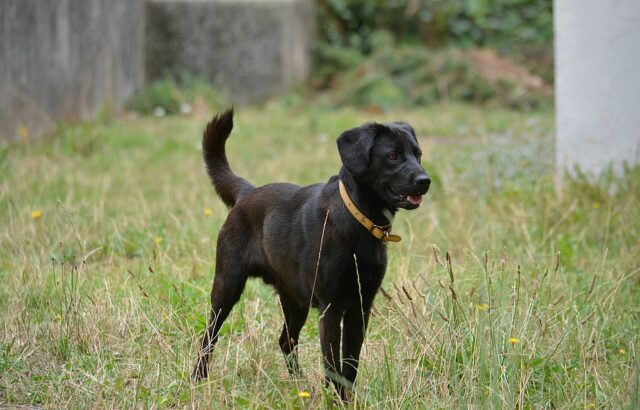 A kind man’s devotion and love to his dog prompted him to risk his very own life. This happened when Al Trovinger was driving over the Jubilee Parkway in Mobile, Alabam. Inside the vehicle with him was his family and their beloved pooch, River.

Unfortunately, there was a car accident that caused a massive traffic buildup. No cars were able to move both ways. Al’s car was trapped, and there was nothing they could do but wait. After 30 minutes of just sitting inside their vehicle, Al decided to go out and give their dog the chance to relieve herself.

That’s when their problem started.

Before getting down of the car, Al put River’s leash on her collar. After being at a standstill for quite a long time, the dog became very excited to go out for a walk. She jumped around string the collar on her neck. And when she jumped over the bridge, the collar broke.

River fell down the water below and started paddling, but she didn’t know where to go. Al, and the rest of the people trapped in the traffic, ran to the railing and watched as the dog tried to keep herself afloat.

Al was stunned and couldn’t do anything. For almost ten minutes, Al watched his dog struggle to keep herself alive. When he then snapped out of his daze, he realized that someone needed to go after his dog. The authorities have been called, but no one has arrived yet.

The dog was getting exhausted, and they couldn’t wait anymore. Al got on the railing and jumped after his pet.

When Al splashed into the deep waters, the dog quickly scrambled over him. This made it difficult for the dog owner to keep himself afloat. But after a little adjustment, he found his rhythm, and both of them were now moving to a boat launch nearby.

The onlookers cheered them on, and one of them even threw over a dog life vest. It did not fit River, but at least it helped them get some buoyancy. Once they got to dry land the paramedics were already waiting for them. Both of them were exhausted, but they did not suffer any injuries.