Sometime in the year 2013, animal rescuers discovered four Weimaraner puppies on Dead Dog Beach, an infamous beach known as a dumping ground for unwanted dogs in Puerto Rico. After the volunteers rescued Murray and his siblings, the approximately 12-week-old puppies began showing symptoms of distemper — a fatal virus that attacks a canine’s nervous system.

The Sato Project’s founder and president, Christina Beckles, recalled that when she held Murray on the exam table, she felt a lick in the dog’s jaw. Christina knew that Murray has distemper, and the dog can experience seizures anytime soon.

Despite the heartbreaking decision, Christina and the veterinary team knew they had to put Murray down because they believe it would be the most humane thing to do for him. However, when it was time for the medical team to do it, the veterinarians changed their minds. 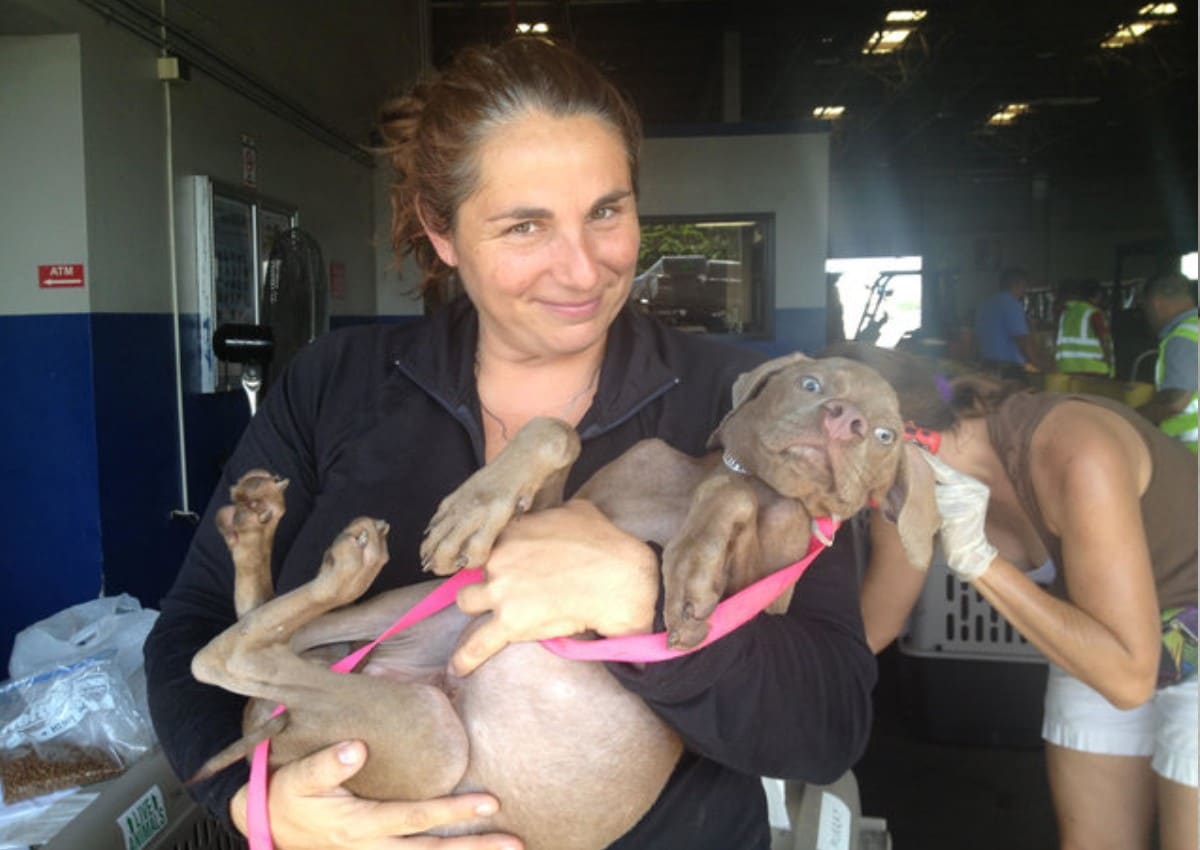 Christina said that when the doctor placed Murray on the table, the dog happily wagged his little tail. Although dogs wagging their tail may seem normal, that action broke the veterinarian’s heart, and that is when she knew she could not do it.

One of Murray’s siblings already passed away from distemper, and his chances of survival are already slim. No one knew if he will ever survive the ordeal, but the doctors gave him a chance.

Fortunately, after Murray received treatments, his health improved. Although Murray had some health issues such as mild seizures, and his head grew oddly, he proved everyone wrong and survived.

Mackenzie Gallant, the woman who took Murray home with her for foster care, shared that Murray’s face used to be proportional, but now, it is crooked. Most of Murray’s teeth also rotted and had to be extracted, which caused Murray’s tongue to hang out of his snout.

Regardless of Murray’s physical deformities, Mackenzie and her family loved their foster dog like a member of their pack. After a month under their care, they adopted Murray right before Christmas.