Home Team Barking Dog Desperate For Love Cries On His Blanket After He Was Dumped... 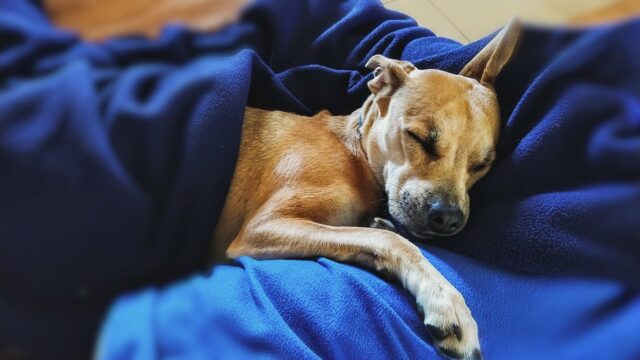 King is a friendly pooch that didn’t deserve the way he was rejected again and again. The repeated dismissal resulted in a huge emotional toll, and the pit bull mix became anxious and depressed. It shattered the hearts of the shelter staff members, especially when they saw him crying on his blanket.

The unwanted dog’s emotional journey when his original owner surrendered him to an animal shelter in North Carolina. He didn’t give any reason why. The owner just decided that he didn’t want his pet anymore.

The shelter staff warned him that if the pooch wasn’t adopted or fostered after a few days, it was likely that he would be euthanized. The owner didn’t care, and then he left.

Luckily, King’s life wasn’t placed in danger. The gentle pit bull was taken by a nonprofit animal rescue organization and given to a foster volunteer. It seemed that he was on his way to a new life, but his hardships were just beginning.

A foster volunteer took King home, but sadly, her husband found the pit bull too scary and intimidating. Right there and then, he took the dog back to the shelter. By the time they arrived, the shelter was closed. And shockingly, the heartless man just tied the poor pooch on a fence outside the facility.

For the next 18 months or so, King was placed in several foster homes and was even adopted twice. But they all ended up returning him. Not because he was a misbehaving pooch, he is actually the sweetest canine that you can meet. But they had their own reasons. One was because of breed restrictions, while the other was due to financial difficulties.

King became depressed, and his foster dad felt sorry for him. He worked hard to find a perfect family for him, one that wouldn’t break his heart anymore.

Thankfully, a post that was made on behalf of King went viral, and a man from Charlotte adopted him. The two formed a connection immediately, and it seems that the dog has finally found his perfect match. 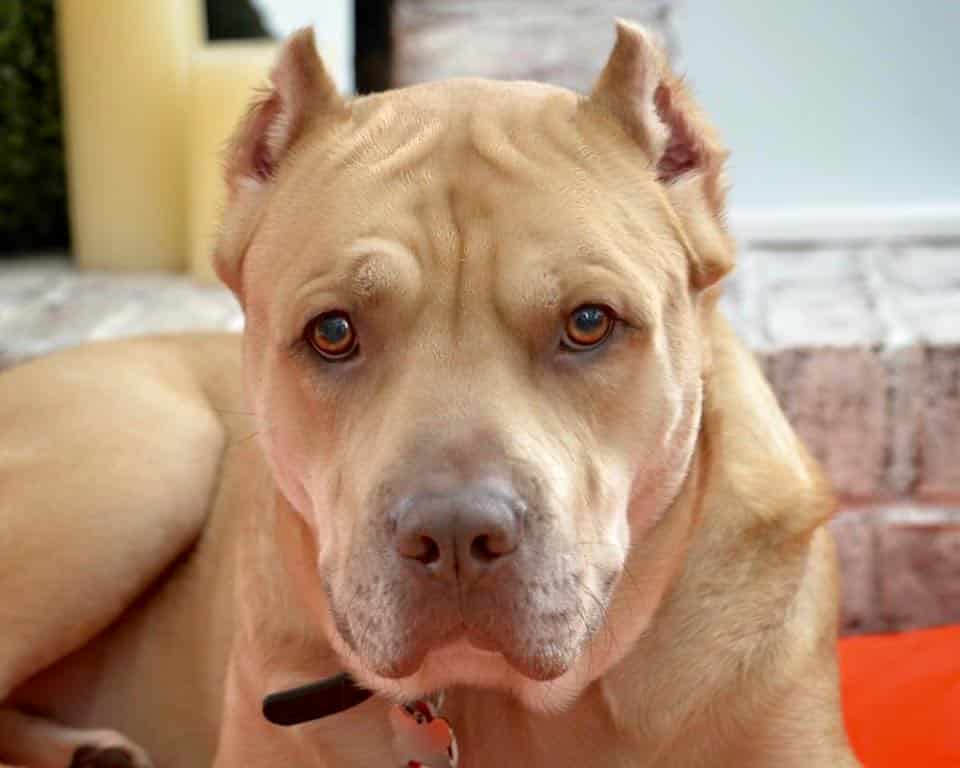