Home Dog Stories Dog Obsessed With Door Stoppers Gets The Best Christmas Gift From Her... 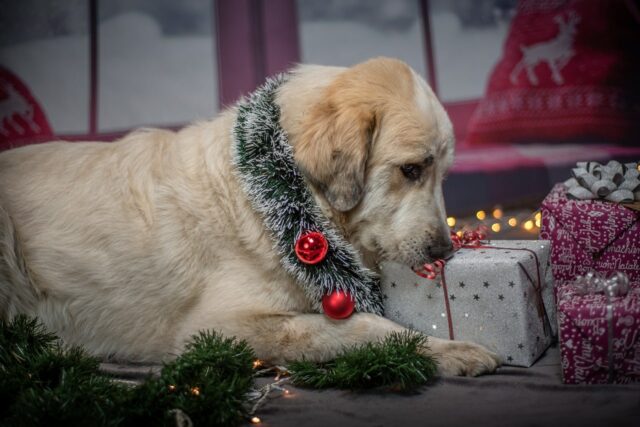 Meet the Australian shepherd named Farley. She is a very energetic dog, and her fur parents can’t help but wait for whatever adventures are ahead of her.

Farley was still young when she first saw a door stopper and discovered her love for it. She immediately liked how bouncy it was and had fun playing with it. Since then, it has become her favorite and most cherished toy. Farley began to always play with the door stopper in the house and won’t even let anyone divert her attention from it.

According to her fur mom, Victoria Stuart, once, Farley was so fascinated with her favorite toy that she had to take it away. And the dog’s response to having her toy taken away was hilarious.

On Christmas Day, the fur parents presented their gift to Farley. At first, the dog did not know what to do with the gift. However, when she finally realized what it was, she became thrilled.

The Australian shepherd loves her new toy and plays with it whenever she can. Undoubtedly, she loves door stoppers and loves that she can play with several of them at once.

Some people may think of Farley’s love for door stoppers as weird. However, what matters is that her family understands her and is willing to do what they can to keep her happy.

Everyone else is sharing their highlights from 2021, meanwhile Farley is like “i got dis new toy 💁‍♀️” #cutepuppy #dogtok #australianshepherd