Home Team Barking Dog That Trusted No One Finally Gets Rescued, And He Now Spends... 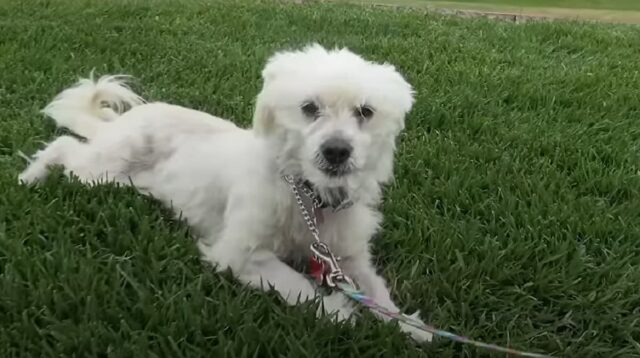 A two-year-old dog named Chaplin spent his entire life on the streets. A lot of people aimed to provide him with a good life. But despite all their efforts, they failed because he wasn’t ready to accept help.

Eventually, a kind neighbor gained the dog’s trust. He fed the pup regularly and allowed it to stay in his yard. In no time, he realized it was time to bring the dog to safety so he worked with his neighbor-friend, Rosie, who reached out to the local rescue organization Hope For Paws. 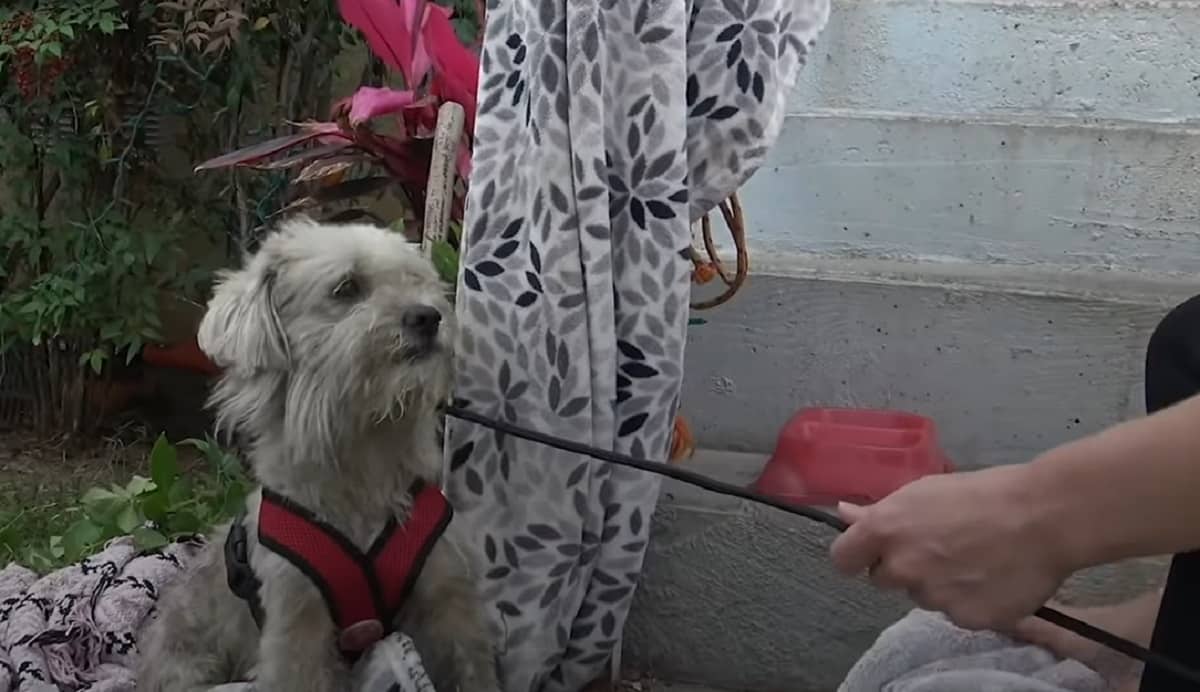 Rescuers immediately responded and saw Chaplin tied to a chair inside the man’s yard. He knew they were coming but he had to leave for work so he made sure the pup didn’t go anywhere. He also let Rosie about what he did so they knew why Chaplin was tethered in his yard.

One of the rescuers, Loreta, freed the dog immediately and worked on gaining his trust. She recognized the terror in his eyes so she sat with him on the ground and gave him all the time he needed. She and her rescue partner wished they had some treats to offer the pup because it would be easier to befriend him, but they didn’t. 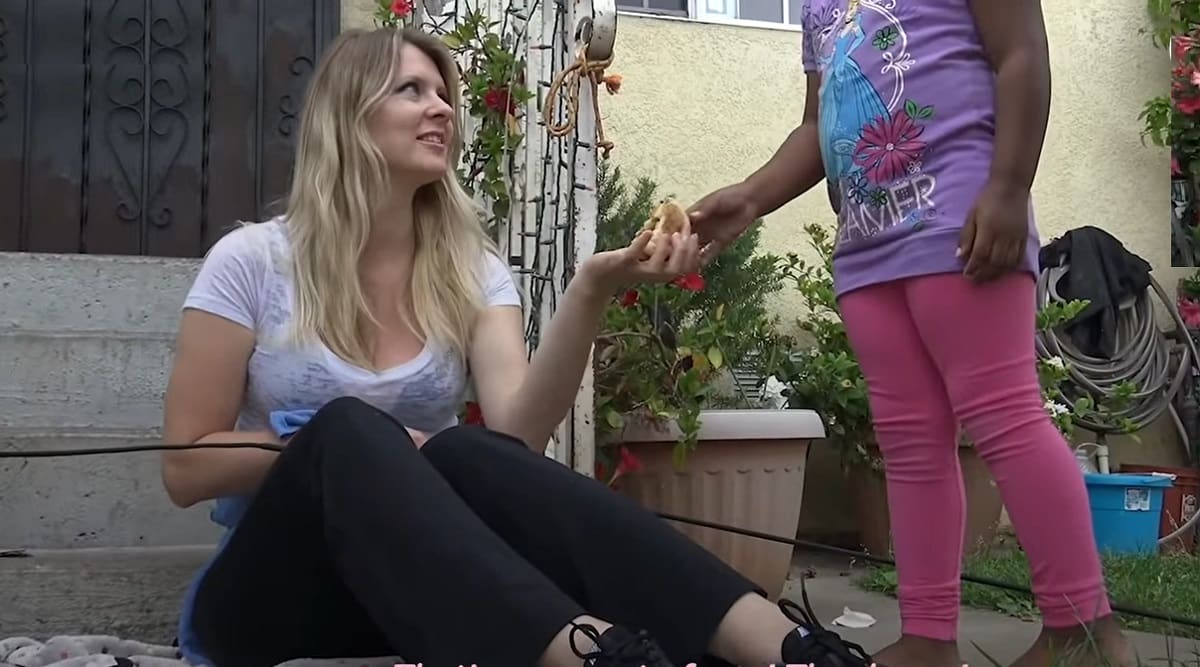 Surprisingly, Rosie’s daughter, Carla, walked up to Loreta and handed her a sandwich. It was the young girl’s breakfast but she knew the rescuer needed it so she willingly offered it. In her little way, she helped rescue the dog.

Chaplin didn’t starve but he couldn’t resist the smell of the breakfast sandwich. He took one bite and then another until he finished it completely. And once he was full, he realized the rescuer didn’t mean any harm so he walked with them out of the yard. 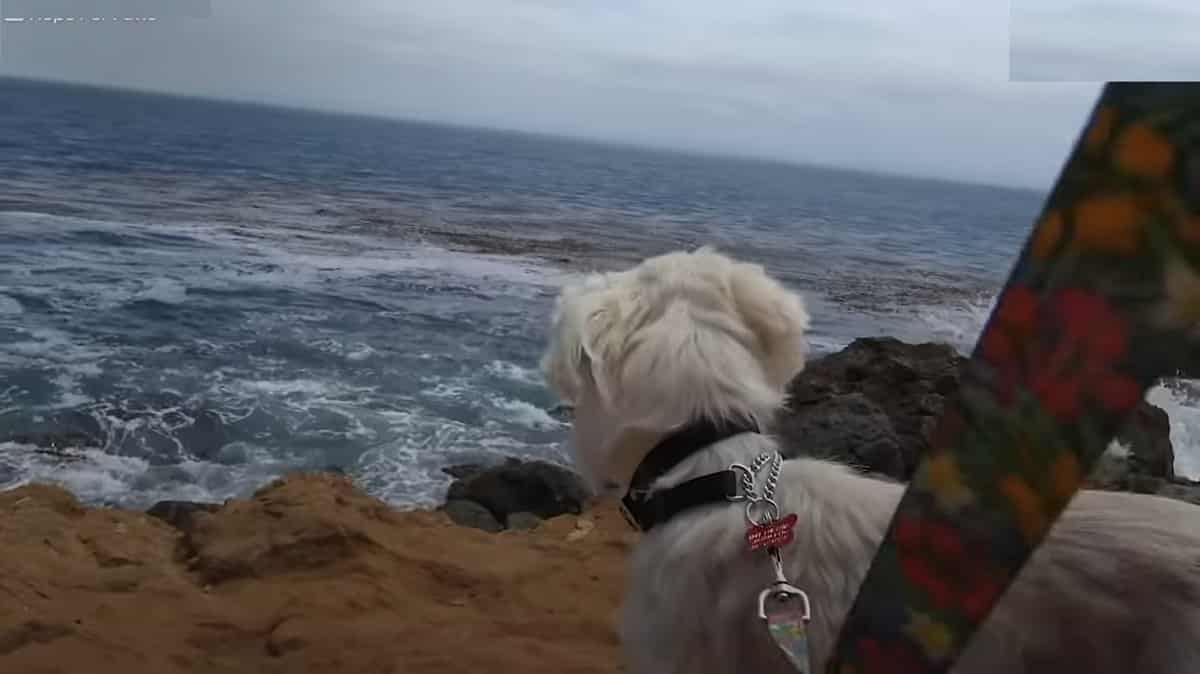 The dog needed a few minutes to comprehend what was going on. But once he had a soothing bath at the vet’s clinic, he felt refreshed and knew that the people around him will help him find a better life. And before long, he was off to a fresh start.

At last, Chaplin is safe in his new home. He is inside a house but he never lost his freedom. In fact, he goes to the beach with his new family every time they get the chance.

Credits to Hope For Paws and The Dodo