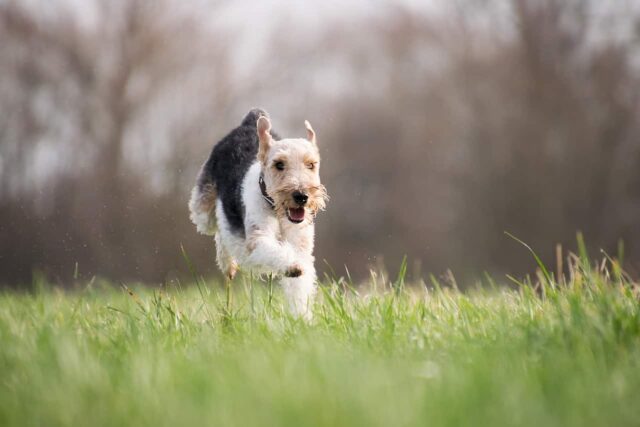 Everyone knows that dogs are athletic. Such a quality makes them a perfect companion for physically active people who love to jog, run, and take part in sports. And there are a few occasions when a dog will not hesitate to show off how sporty, agile, and fit they are.

One dog in Utah, U.S.A, showed everyone that she could go toe to toe with Usain Bolt after joining the participants at an inter-school track meet. Here’s Holly the dog’s story:

Holly the dog was with her owner when she decided that it was the perfect time to break loose. Probably stimulated by people running around, she ran and tried to chase down a leading track participant.

When she did that, she suddenly became the surprise contestant at the 4×200 meters event. She stole the show as she ran in between four participants. But what made the scene much funnier was that the audience could see that the dog was dragging her leash.

Holly sprinted and caught up with Gracie Laney, the leading runner, at an incredible speed in the last few meters of the race.

Everybody was cheering Holly on

The people at the venue were cheering Holly as she overtook the runners and eventually crossed the finish line first. For the record, Holly’s 100-meter run only took 10.5 seconds — and that was only one second behind the world record of Usain Bolt at the World Championships back in 2009.

Gracie said that she initially thought another runner was trying to overtake her. But she was surprised that the race had a good lead. Gracie said she eventually re-watched the video of the race and wrote on Instagram that she couldn’t believe a dog had beaten her.

In case you’re wondering, Holly’s owner, whose name was Kaye Heywood, was also a participant at the track meet. She explained that she was really warming up for her race when Holly escaped.

Former Firefighter’s Dog Gets Stolen, Found Again While Theft Was Being Reported Live On TV