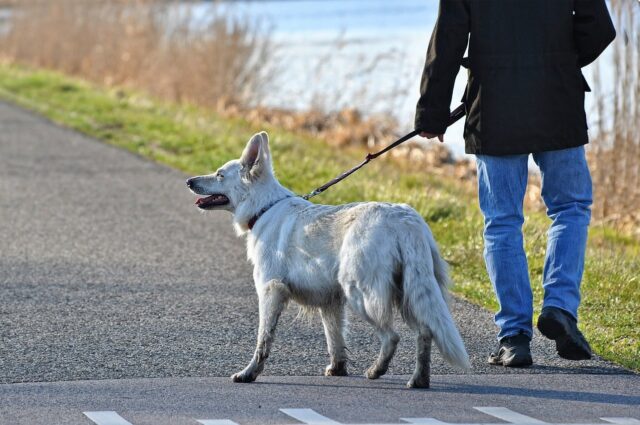 The story of how dogs get rescued is always something really heartwarming. It always proves to us how dogs are really our best friends. Doggos know how to warm up to hoomans and it would be hard to resist not adopting them.

So when a soldier deployed in Iraq met a very friendly dog named Aries, he took her in without any second thoughts. This doggo was part of a pack of dogs around Nick Pierzchalski’s base during his deployment. But for some reason, this dog came up to Nick and chose him.

Nick was a Blackhawk pilot and was stationed at a base where dogs were considered a wild hazard. So Nick decided to bring Aries with her to somewhere safe. He and his crew even built her kennel where she could rest and sleep.

Nick’s fellow soldiers loved having Aries around because it reminds them so much of their pets at home. The presence of a friendly doggo makes their days a little bit brighter despite the tough nature of their job. They loved Aries so much and even ordered some dog food for her on Amazon.

Aries was really young when Nick and his crew first took the doggo in. They let her roam their post freely and she felt more at home every day. The pup loved to greet everyone passing by and would comfort soldiers after a long day at work. 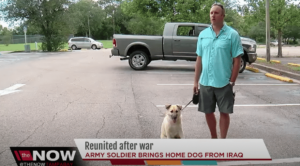 So when it was time for Nick to come back home from his deployment, he wanted to take Aries with him. Thanks to SPCA International, it was made possible! They took care of Aries for two months and paid all the expenses for her travel.

When Nick was finally home, it wasn’t long until Aries arrived as well. He welcomed his furry best friend with open arms, promising her to give her a warm and loving home that she deserves. Aries is now part of Nick’s family.