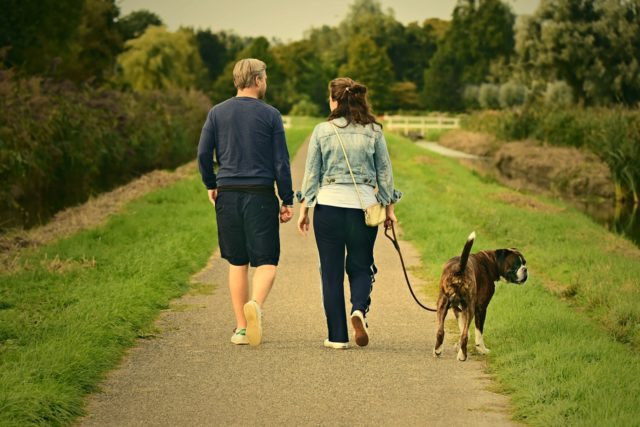 Lassie, the rough collie, made life tough for doggos. The popular TV dog set such impossible standards for canine pets to live up to. He was the perfect dog, and almost all humans taking home a canine pet for the first time are expecting to have a pup as flawless as Lassie.

Of course, that’s not going to happen. After all, Lassie is a fictional character. Lassie’s fictional background notwithstanding, novice furry parents still expect so much from their canine companions.

Some even like staging the fainting human challenge to test their doggos. These insecure canine parents want to see how their dogs will react to them passing out. Here are some of the hilarious results.

The fainting human challenge has pretty simple rules. You take your dog out of the house for a walk. In the middle of your gallivanting, pretend to collapse onto the sidewalk. See how your doggo reacts.

Most of the dogs in the video could not care less about their humans’ fainting spell. They continued walking as if nothing happened. One even looked like he was determined to get away and escape his human for good.

One dog stopped, and curiously sniffed his human. But he did not show any hint of panic or any plan to seek out help. Yes, these dogs are quite unlike Lassie.

According to dog experts, dogs can smell a human’s vital signs. That means that if you feign fainting, they know. In short, you can’t prank dogs into thinking that you are in physical distress since they are way more clever than you give them credit for.

One of the dog parents in the video shares that she felt disappointed. Her dog did not stop to give her CPR when she collapsed. Maybe she needs to address her own trust issues and insecurities first.