Home Dog Videos Dog’s Reaction To Being Abandoned Stirs Community To Help Him, He Finds...

Electra is a four-year-old pit bull that loves her family so much. That is why when she realized that she was being abandoned, it crushed her heart so much. They were everything to her and without them, she doesn’t know what to do.

She was brought to the Inland Valley Humane Society and led to her own kennel. When the metal gate was closed, it dawned on her that she will never see her family again. A volunteer at the shelter saw her reaction and took photos a video of her. She saw how devastated the dog was and she felt that the world needed to see it.

Lolys Menchaka frequently visits the shelter and has seen so many abandoned dogs. Every time they come in, they are confused and scared. Most of them have never lived in shelters and have led lives with their families around them. When she took Electra’s video, she knew that it perfectly embodied how these dogs feel when they are left behind. 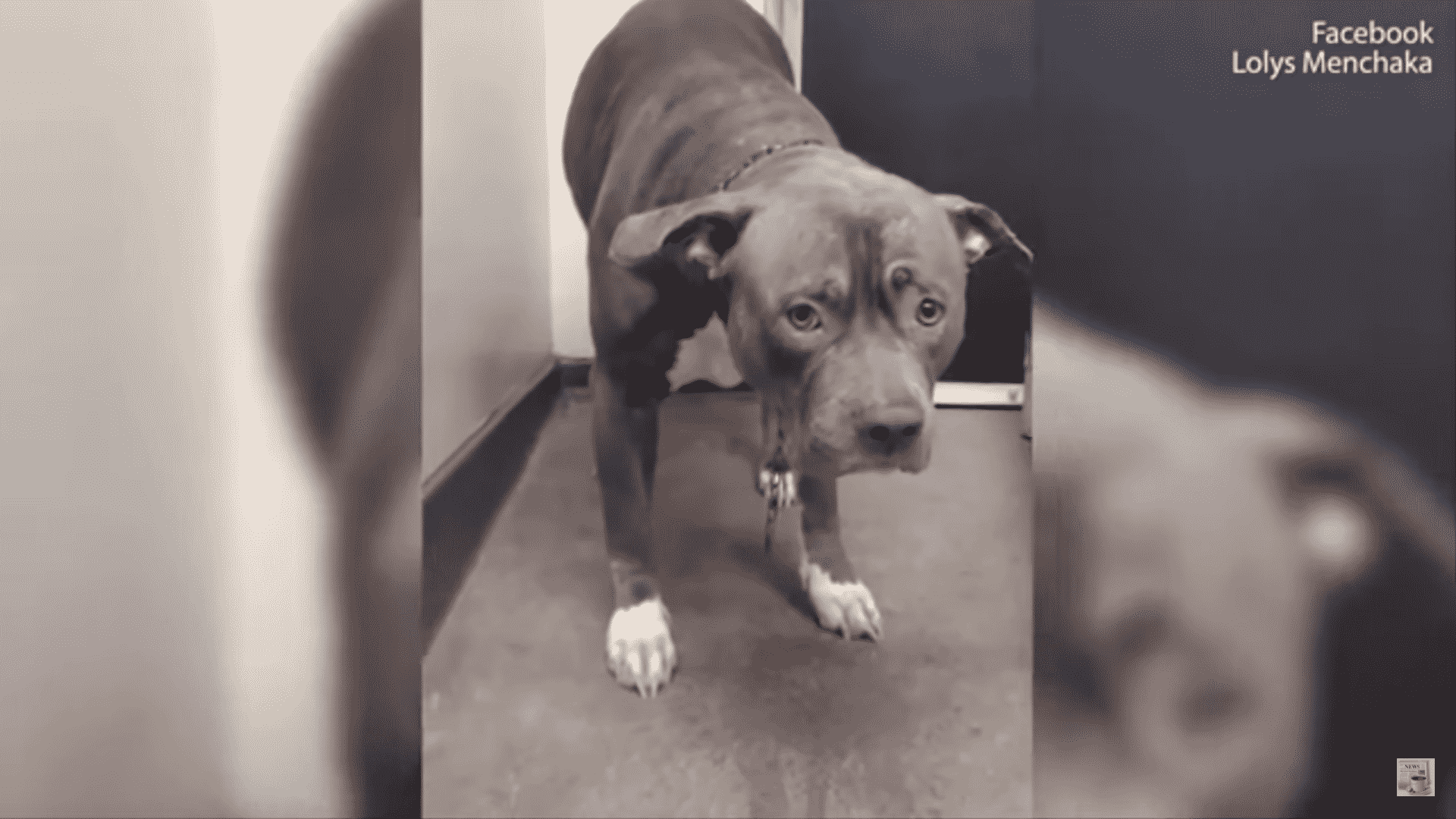 Lolys posted the clip on her Facebook account and said that this is the face that represents the reality and sadness in shelters. She further stated that she really always tries to understand owners that surrender dogs. But it’s just so heartbreaking for her to see the dog’s faces when they realize that they are now alone.

The video quickly became viral as it touched so many hearts. many people shared the post hoping that someone would adopt the pup.

Adriane Silvano was one of those that saw the video and she fell for the dog immediately. She decided to foster Electra so she wouldn’t have to stay in the shelter much longer. She felt how sad she was and hoped that he could make her happy in her home.

However, after a few weeks, Adriane felt that the dog shouldn’t have to find her new forever family. She has already found it. She officially adopted her soon after.