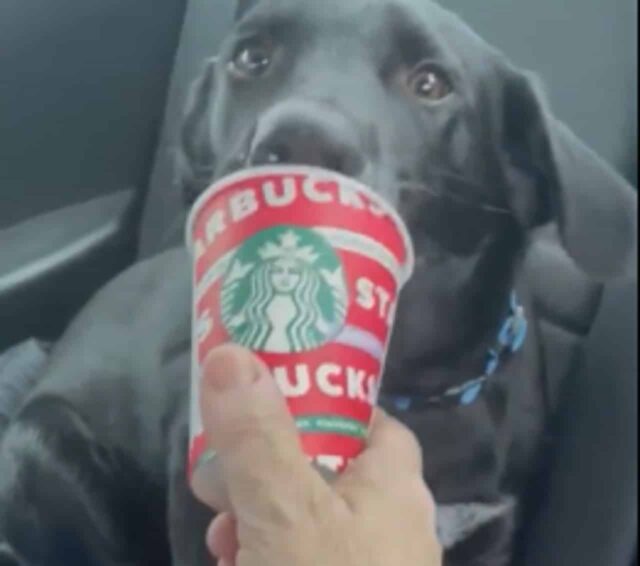 When we love the taste of a particular meal, we can’t help but chew on it continuously. Even if there’s none left of the food, we try to find some leftovers to have the last taste of it.

Thus, a Labrador who loves drinking Puppacinos gulps down its share inside its fur parent’s car. Even if the doggo drinks all the Puppacino inside the cup, it continues licking on it to savor its taste.

Ooh, I so love Puppacino!

In this adorable footage, a 6-month-old Labrador sits on the back seat of its fur parent’s car. Yet, the dog’s up to something as one can see a cup of Puppacino on its snout. 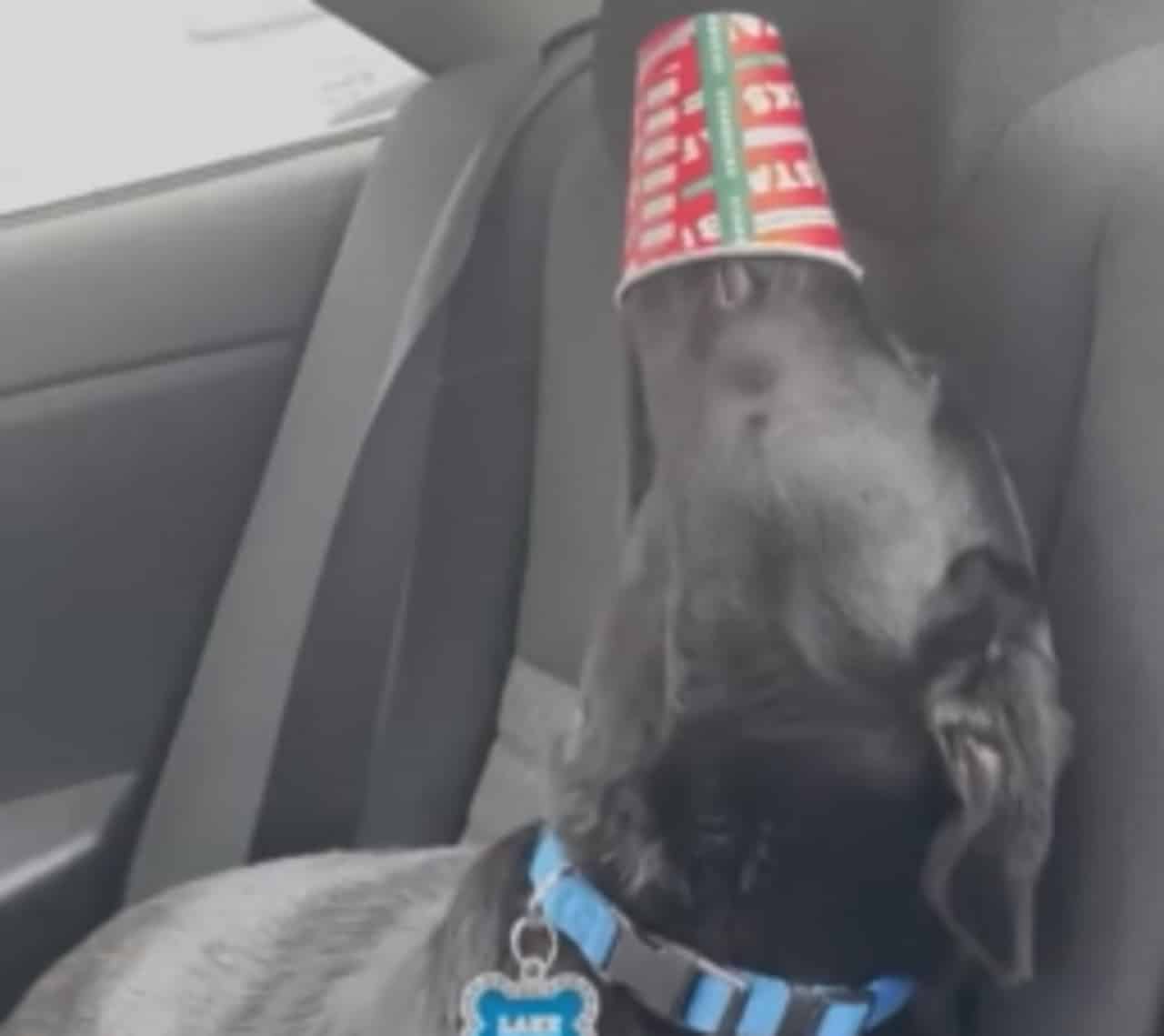 Soon enough, the Labrador raises its head to gulp down on the tasty Puppacino. On and on the doggo goes, making sure to drink every single drop of the tasty drink inside the cup.

Even as the Labrador needs to maintain its posture, it doesn’t mind so long as it can consume the Puppacino. Yet, the canine soon realizes that there’s none left inside the cup as it changes the positioning of its head.

For the next few seconds, the Labrador carries on with its furtive gulping of the Puppacino, not minding how hilarious it looks. However, when the doggo can no longer drink more out of the cup, it places the container on the seat. 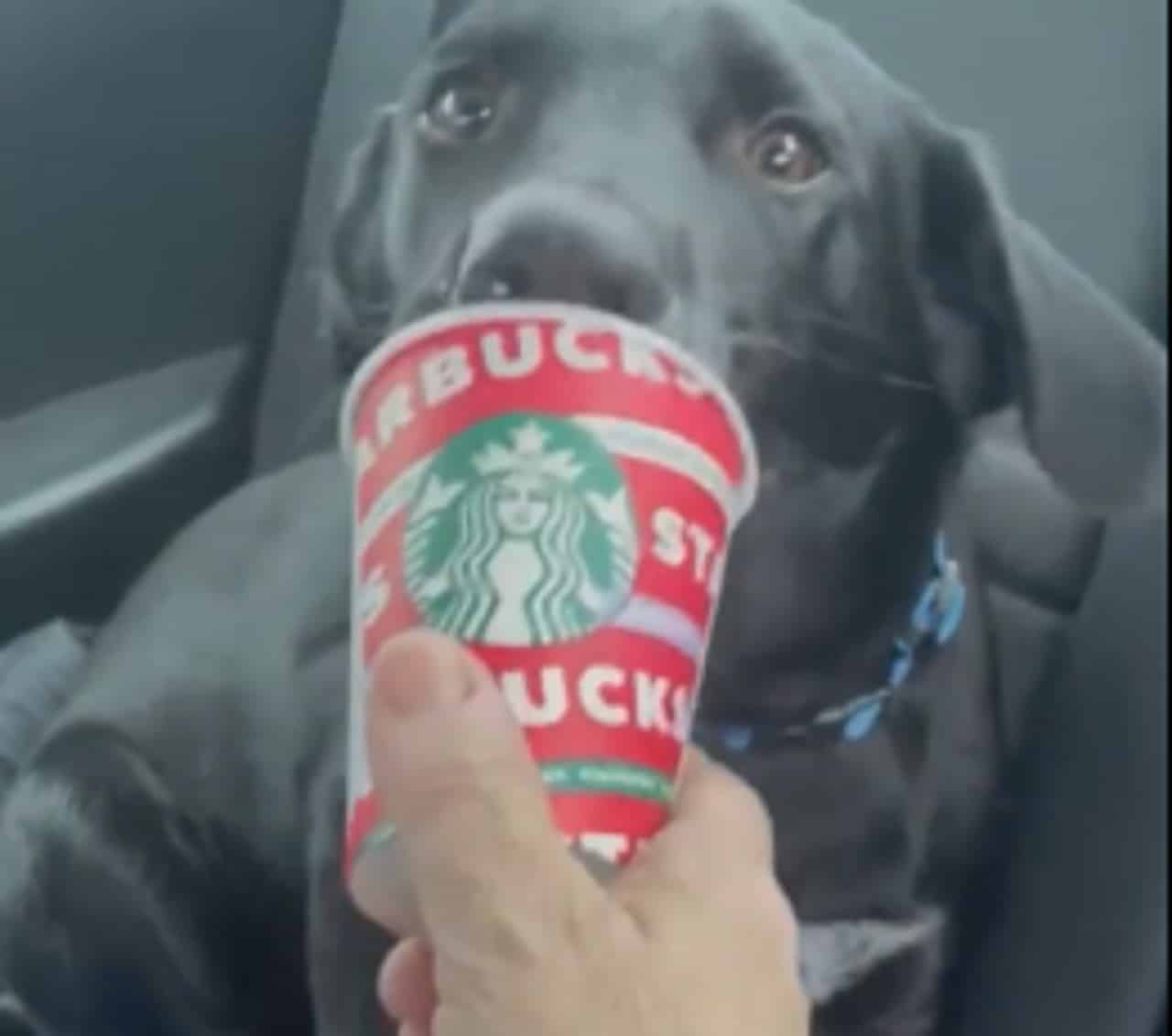 The Labrador then takes a peek at the cup to see if there’s any more left of the Puppacino. Seeing how determined the pooch is, Mom then assists the Labrador by handing the cup back to it.

In that instant, the Labrador resumes furtively licking the cup to get every drop of the Puppacino inside. Do you think the doggo continues licking on the Puppacino container until the end? Better stay tuned and watch the Labrador in live-action below.