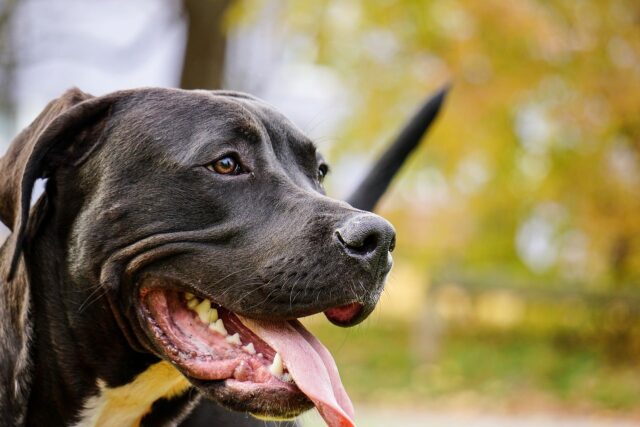 Shelters aren’t real homes. Dogs stay there with safety and their needs provided, but those places aren’t homes. They couldn’t stay in foster homes forever, either.

Meet Grey, a black and white Pit Bull mix. His fur isn’t grey, but his colors combined would grey.

Calhoun Country Humane Society became his home ever since he was dropped there by their previous owner, a man who used to keep them as dogs guarding the yard. He said that he couldn’t provide for the three of them anymore.

Since he only kept the three dogs as yard dogs, there was little interaction between them. Grey, his mother, and his brother were a pack of shy dogs. They weren’t very good at human interaction.

After a couple of months, Grey’s only family got transported to another shelter located in New York. He was all alone. He stayed in the same place with no potential adopters.

That was way back in 2013. Grey had progressed significantly over the years. He wouldn’t shy away from strangers anymore, and he would approach them with a wagging tail.

It has already been seven years since Grey arrived at the Calhoun Country Society. His mother and brother had homes of their own, and he was the last one. The Society’s board president, Shelly Hunt, said that his improvements showed that he was a gentle and treat-loving pooch.

His personality isn’t what only improved. His physical appearance changed for the better. The changes in him caught the attention of the photographers.

Wags To Riches Photography, an organization for its perfect shots, is also known for getting potential adoptors for homeless pooches. They do it by showcasing the pooches’ appearance and personality.

Every staff in the Society wanted a forever home for Grey and now is the chance. All he needs is a home where there are no other pets because he has trouble getting face-to-face with them. He’s not aggressive at all, and he is just sensitive.