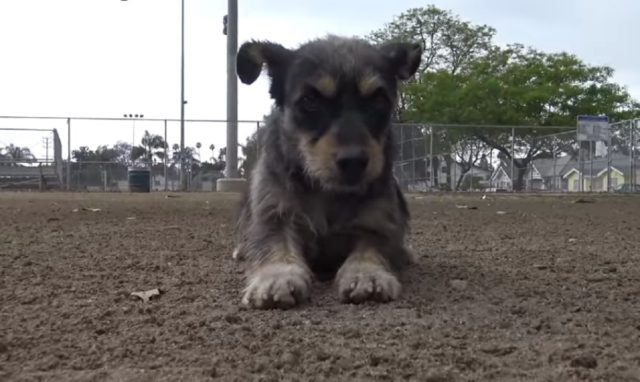 Earlier this year, Hope For Paws received a text message about two dogs living outside of a hospital in Los Angeles, California. The reporters said that they’ve noticed the pups have been there for quite a while now. Quickly, Eldad Hagar and Loreta Frankonyte rushed to the scene.

As soon as the rescuers arrived, they spotted one of the dogs. But it was apparent that the animal felt terrified. The moment she spotted the rescuers, she started running.

The older female dog ran toward the parking lot. While Loreta and Eldad chased after her, they learned that Jason and Anthony, the ones who reached out to the rescue, managed to capture the other dog. So knowing the other pup is in safe hands, the rescuers focused on catching the one on the loose. 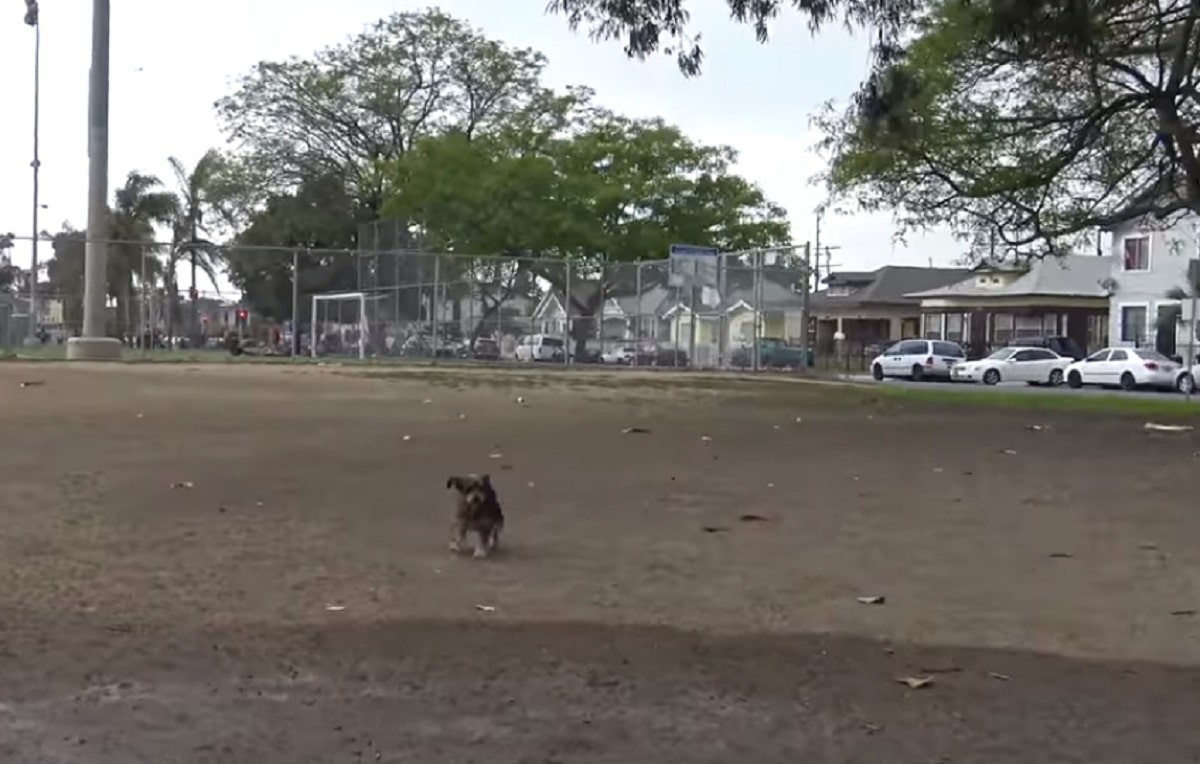 Eldad and Loreta realized how terrified the dog was. She didn’t know what was happening. She’s confused, and she kept looking for her friend.

The dog kept running around the parking lot. She also hid under the cars. Eldad hoped he could corner her, but she ran off toward the nearby park.

The rescuers admit it isn’t easy capturing a scared dog in a vast open space. So Eldad decided to try and rush her deep into someone else’s yard. Still, it didn’t work.

Eldad chased after the dog for several minutes. But after a while, he realized the dog runs because the sound of the helicopter flying around the area scared her. So, he talked to her and assured her she’s okay.

Eventually, the dog calmed down and allowed Eldad to touch her. She even showed her tummy for some belly rubs. That’s when Loreta came, placed a leash around her neck, and later on, named her Tiffy. 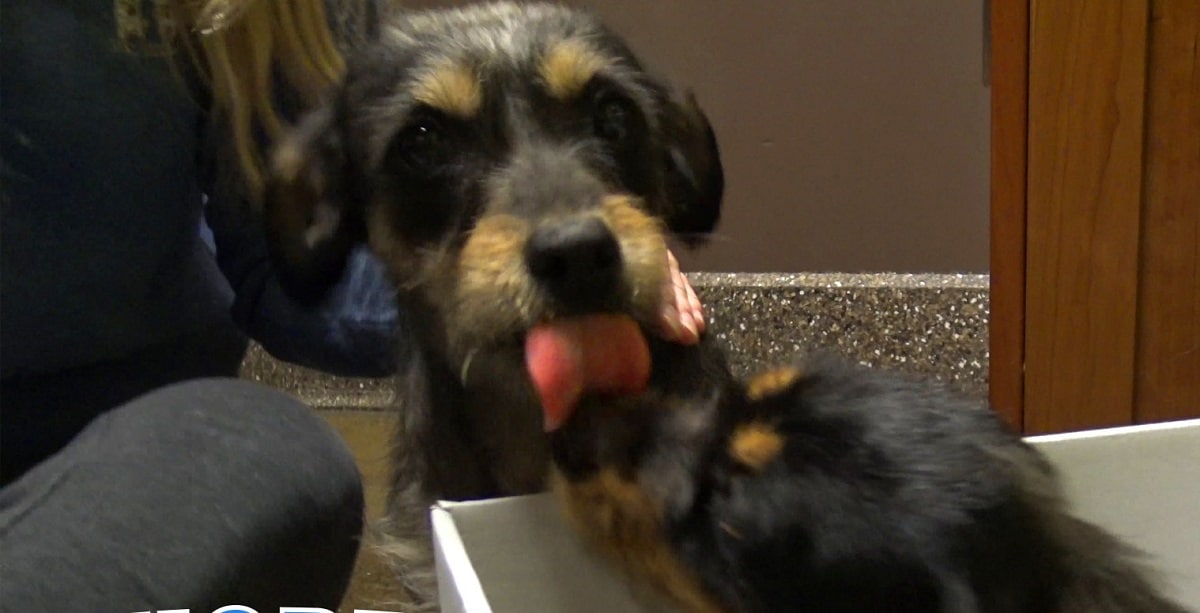 Eldad and Loreta drove straight to the hospital, where they removed hundreds of ticks off of Tiffy. While they cleaned her, they received a call from Jason and Anthony. They said that the other pup, named Sophie, jumped off the couch and broke her leg.

The staffers asked the friends to rush Sophie to the hospital for treatment. When they saw her, Eldad realized Tiffy is little Sophie’s mom. And the mama dog couldn’t be any grateful for seeing her baby again.

Sophie and Tiffy stayed with their newfound friends until they are both healthy and ready for adoption. Before long, they found their forever home. Sophie and Tiffy were adopted together.