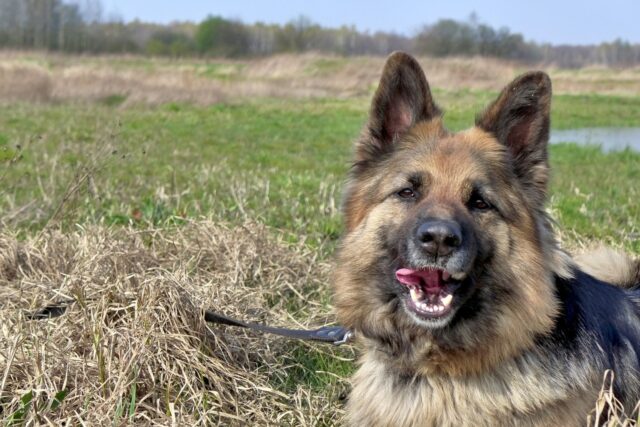 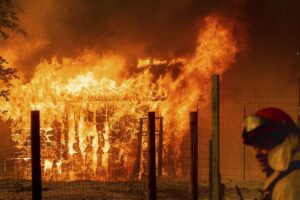 Later, investigations revealed that the size of the damage reached a size comparable to the Los Angeles area, prompting an emergency call for backup from neighboring fire stations. Firefighter Patrick Cullen stands among the mid of the fiery war zone, overseeing the water pump on the fire truck.

Out of the dark bushes, he heard an unusual noise while managing his post. He felt startled as he imagined a confused wild mountain lion jumping upon him. To his astonishment, a friendly German Shepherd came out of the shadows. 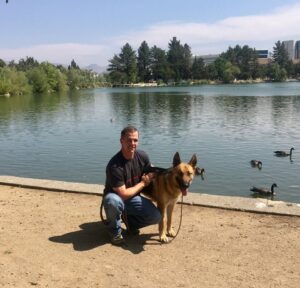 He felt relieved yet worried as the canine seemed exhausted and thirsty. Patrick immediately handed him a bowl of freshwater, and the animal willingly gulped it down. The dog felt secured afterward and decided to lay down under the truck, where he slept for 3 hours.

The firefighters decided to bring him over to a nearby animal shelter to receive attention. They named him Mendo as they found him in the Mendocino area. The team made arrangements with the shelter to claim him later if no owners come forward to collect the canine.

Fireman Patrick Cullen filed for adoption in case no one shows up for Mendo. He felt a connection with Mendo and decided he wanted to keep him instead. 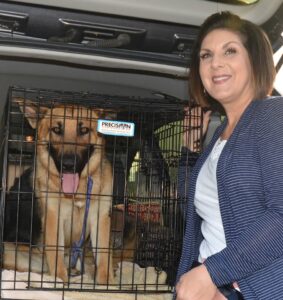 A few days later, Patrick received a message from Mendocino County Animal Shelter to pick up the dog in Reno, Nevada. The happy canine immediately recognized Patrick upon his arrival as if he knew what is about to happen.

The grieving fire department considers Mendo’s arrival as a silver lining as they lost one of their members during the Mendocino Complex blaze.

Dog Scared Of Fireworks Runs Away, Rescued And Gets The Sweetest Reunion With His Family