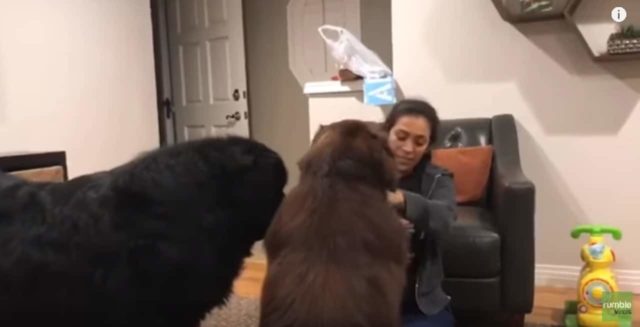 Dogs are capable of feeling complex emotions, just like their human counterparts. Though they cannot express them in detail, sounds and gestures are enough to get their message across.

But, for a Newfoundland pooch named Boss, he makes sure fur mom understands he’s displeased with what she’s currently doing.

Mom, can you brush my fur, too?

In this short but funny video, one can see two Newfoundland pooches looking at Mom. The brown Newfoundland pooch named Ralphie sits across Mom as she brushes his fur. He tries to give Mom kisses, but Mom refuses them as she’s busy brushing the pooch’s coat.

Right beside Ralphie, the black Newfoundland named Boss looks longingly at the pair. It’s clear to see how Boss wants Mom to brush his fur, too. 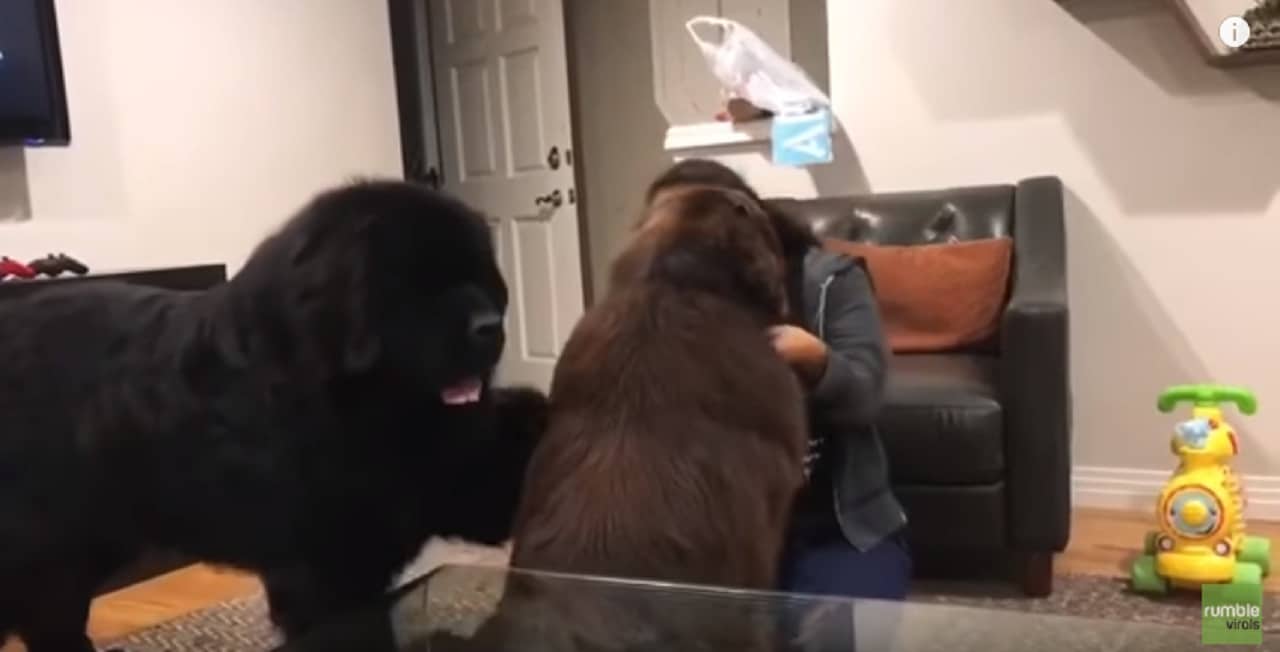 Thus, Boss attempts to interrupt the fur brushing session by shoving Ralphie with his paw. When Boss’ first attempt failed, he made another shove, but this time, with more force.

Boss’ second shoving became a success as he finally caught Mom’s attention. But, instead of lovingly indulging the pooch with his request, Mom scolded Boss for what he did. Since Boss already had his turn, it’s but right for Ralphie to get some brushing done as well.

However, Boss couldn’t bring himself to understand the situation. 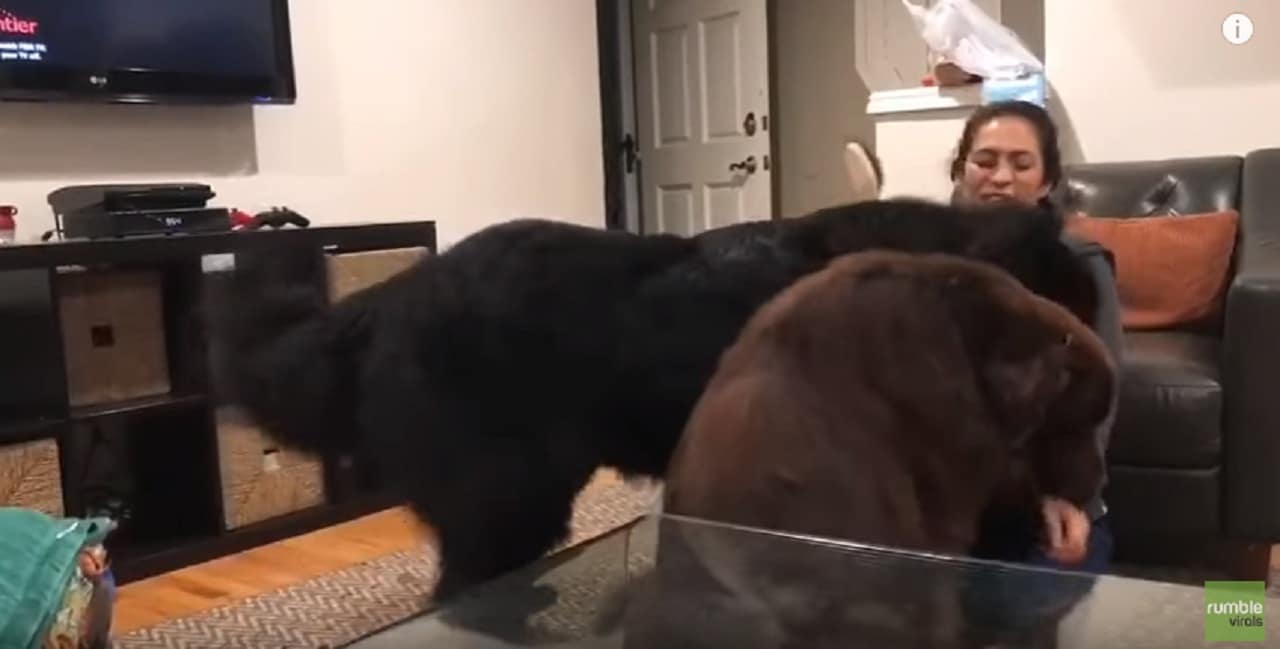 While it looks like Boss’ contemplating over his wrongdoing, he’s preparing for another plan of action. Boss starts to walk backward, and with force like that of a raging bull, he attempts to tackle down Ralphie.

This time, Boss successfully displaces Ralphie from his seat. But, Ralphie isn’t one to willingly surrender to his brother.

Ralphie uses his full strength to prevent his brother from taking his place. However, nothing can stop a jealous pooch from getting what he wants. 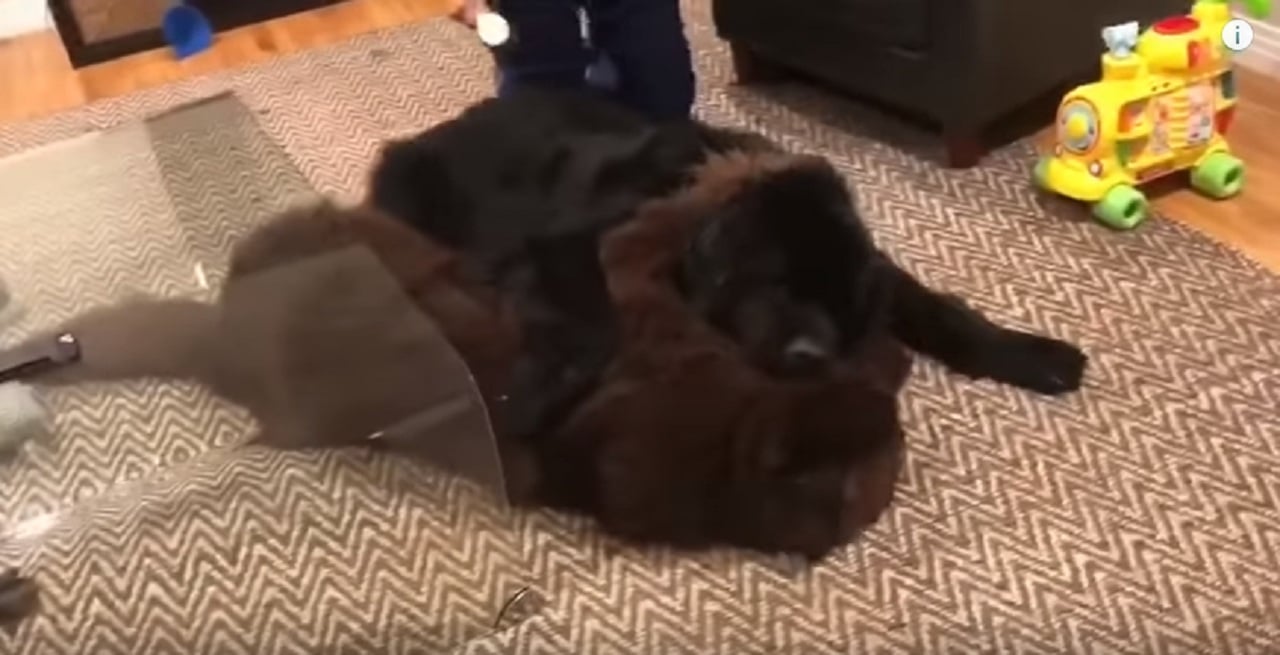 In an instant, Boss successfully pins down Ralphie on the floor, using his full weight to prevent his brother from standing. No matter how Ralphie retaliates, he couldn’t do a thing against Boss.

With this sudden turn of events, all fur mom and dad can do is laugh at the scene. If you want to catch Boss and Ralphie’s little wrestling match, then feel free to watch the video below.