Home Dog Videos Pit Bull Makes His Own Bed To Show People He Deserves To... 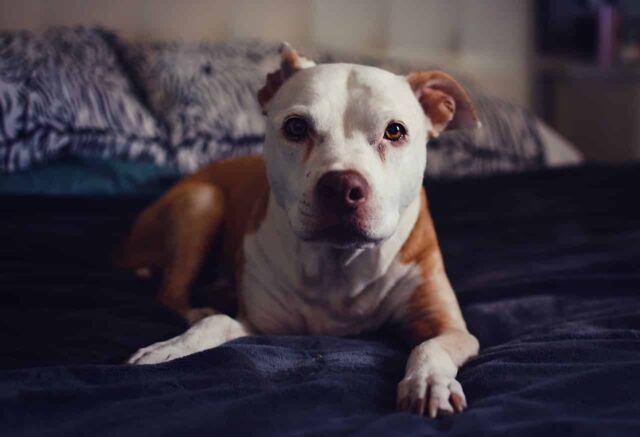 Shelter dogs face rejection every single day. They get their hopes up each time guests enter the building, only to end up getting heartbroken once they’re not chosen. It’s difficult to have to experience that countless times each day.

When dogs constantly get rejected, they end up doubting themselves. They begin to question if they’re worthy of being loved or not. Sometimes, it even reaches a point where they enter into a state of depression.

This is something that Rush, a loving Pit Bull, knows all too well. He’s stayed at SISCA Pet Adoption Center far longer than the other dogs there. In fact, he’s stayed there too long that he decided to do something about his paw-ful situation.

A shelter staff was passing by his kennel one day when he saw him doing something unusual. The pup was tidying up his own bed! Thinking it was only a one-time thing, the staff gave Rush a treat and went on with his routine.

When Rush kept doing it every single day since then, the staff realized that the pup was trying to tell them something. They decided to help out by taking a video of Rush showing everyone that he’s a good boy. The footage was only a minute long, but it showed the Pit Bull moving his favorite blanket around the “bed”.

Rush’s video received a lot of traction the moment SICSA uploaded it online. It also paved the way for him to meet his now fur parents, who had just lost their beloved dog that time.

The couple was absolutely smitten when they saw the Pit Bull making his own bed. They reached out to SICSA to ask if they could adopt Rush and were delighted when they were given the nod of approval! Watch the video to see how he showed everyone that he deserves to be adopted: