Home Dog Stories Pit Bull That Wasn’t Sure About His New Baby Sister Ends Up... 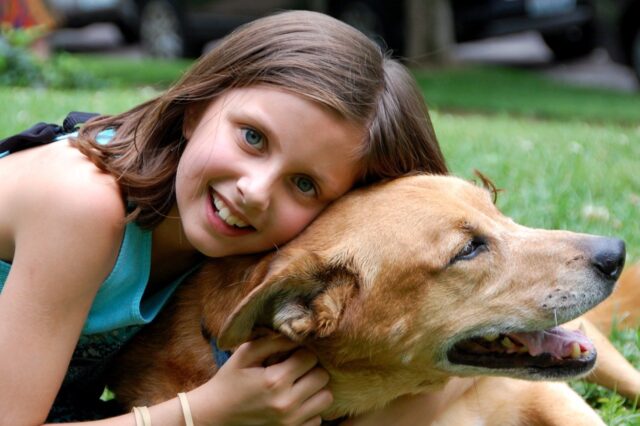 Whenever a family with a dog is expecting a baby, they’re usually worried about how their dog would react. Most families end up surrendering their dogs to shelters to get re-homed because they’re scared that the dog might become aggressive towards the baby. It’s sad that this happens because there are so many dogs out there that become best friends with their new human siblings.

A Pit Bull named Brick wasn’t sure about having a new baby in the house. One time, Brick’s mom, Emily, came home to find the baby walker completely destroyed by Brick. Brick managed to drag the box where the baby walker was kept, opened it, and chewed the baby walker to pieces.

Brick’s family also noticed that Brick’s behavior became a little peculiar when Emily was pregnant. Brick would chew on things in the house and be always restless. Of course, Emily and her partner were quite nervous about the baby and Brick getting along.

Emily and her partner weren’t sure how Brick would react once their baby was born. However, all their worries were for nothing. When Emily gave birth to her baby, Amiyah, and introduced her to Brick, Brick was very gentle.

When Amiyah joined the family, Brick became very protective of her new sister and always wants to be by her side. Amiyah also grew up loving her Pit Bull brother. Whenever Amiyah sees Brick, she always lets out a laugh. Brick also loves getting belly rubs from his baby sister.

Amiyah and Brick became best friends. Whenever Amiyah’s parents give her snacks, Amiyah would give her snacks to Brick, which of course, Brick loves. Brick and Amiyah have a great friendship that will surely become stronger when they both get older. Here’s an adorable video showing Brick falling in love with her baby sister, Amiyah.