Home Dog Stories Puppy Gives Dad An Attitude After He Wouldn’t Let Her Sit On... 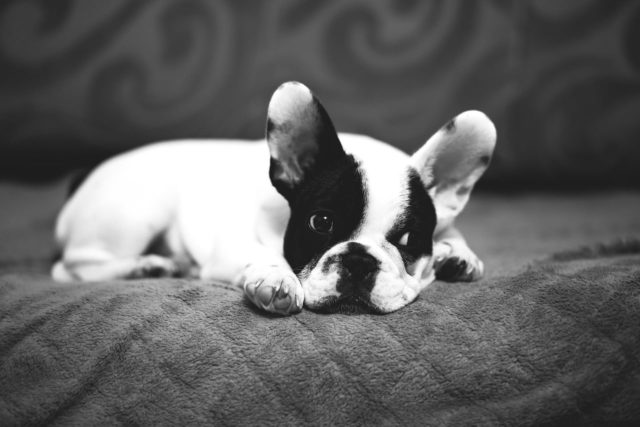 Puppies may be small, but they shouldn’t be underestimated. Take, for example, this pooch who had severely scolded her papa after not getting a good deal. Now, if you do not want to suffer the same, you better know how to act appropriately with them.

Greta, who was then only weeks old, became an internet sensation after a video of her, showing her dad attitude, became viral. That clip now has accumulated about six million views in total.

The cause of the fight was so petty, it’s hilarious. 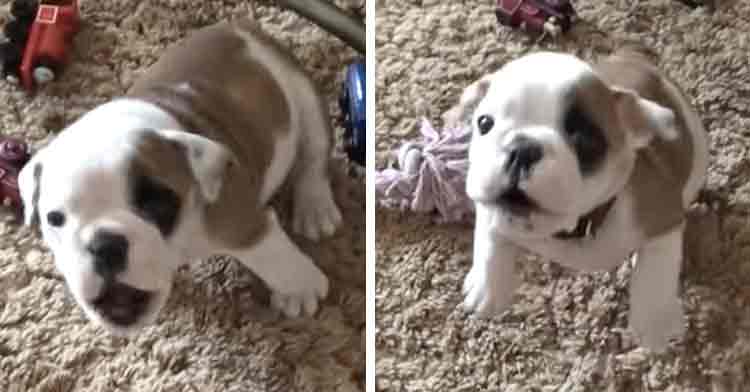 Her pop was just lounging on the couch and Greta sitting at his feet when she, probably already tired of her position, asked her dad to get her up. Despite having enough space left on the sofa, her papa unreasonably disagrees, which caused this little girl to get so furious.

If you haven’t seen a fuming pup before and if you want to witness one, this is the clip you’re waiting for!

Refusing to give up on her argument, tiny Greta went on barking and growling in hopes to frighten her pop. That had her dad laughing instead.

For the following minute, it seemed as though her dad’s mind was unchangeable. It was only when he thought he had enough scolding that he finally got her up.

Well, if it were us, we had probably submitted to her much sooner. Who could resist that face?

While we often feel negative about people who easily get angry over things, Greta’s case is a special one. We could even watch her with that temper all day! But of course, as much as we’d like to tease dogs like her, we should always take precautions. Remember that they might be small, but they aren’t to mess with!

While Greta may be a big girl now, we are still happy that we’ll always have this clip to remember how adorable she was as a feisty pint-sized pup!