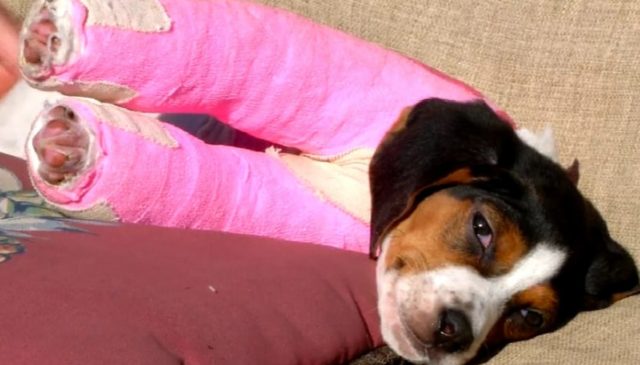 Thanks to medical advancements, many health conditions that were once untreatable are now having brighter rays of hopes. And mind you, the developments are not only beneficial to human beings but to animals as well.

Anybody who may have seen Milo, the dog who has all his front paws turned in the wrong way, would be deeply disheartened.   He was born with such a rare inborn malformation; thus, he moves in an awkward and uncomfortable manner.

Luckily, there were groups of people who have the access and resources to the much-needed help for the dog. In addition, they are more than willing and determined to make his condition better. They hope to make him walk one day.

Consequently, his owners turned him over to Oliver and Friends Farm Rescue and Sanctuary five weeks after he was born. After undergoing a CT-scan, the surgeons were able to identify how they can work on the pup’s legs. 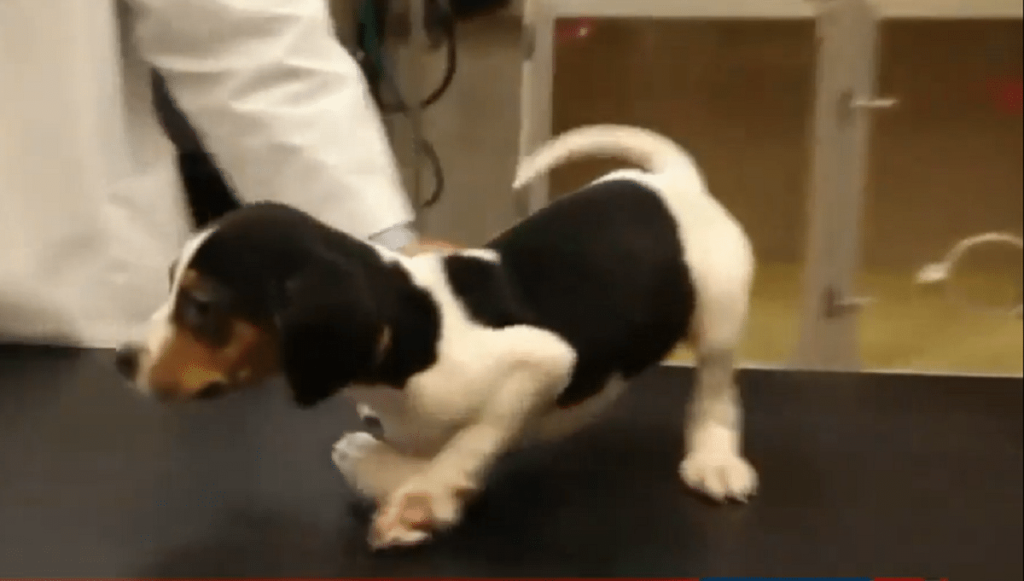 According to the doctors, a pin was implanted in each of Milo’s joints to aid in the formation and to keep them straight for his long-term steadiness. In three weeks’ time, the brave young pup had to wear a splint to aid in the healing process which doesn’t even seem to bother him. 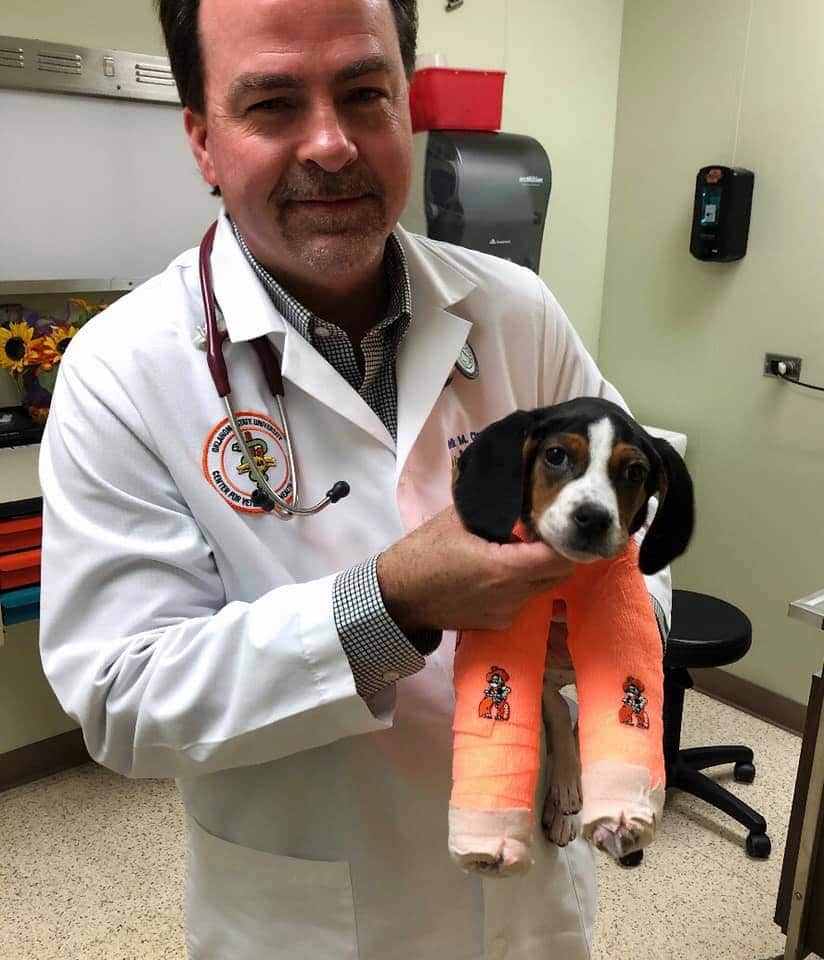 After all these tough challenges, the pup was still able to display positive behaviors like being sweet and cuddly. Sometimes he is making too much sound as well. When the scars heal, and the joints get straightened, Milo would be able to walk and even run just like a normal dog would.

Thanks, Little Things, for sharing with us this story.