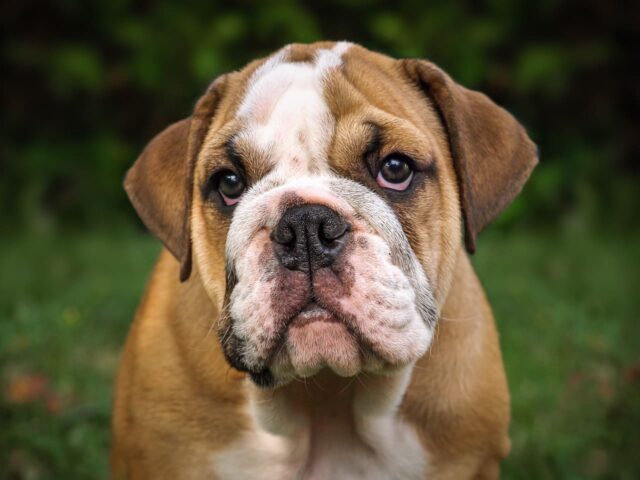 Chowder the Bulldog is known for his energy and quirkiness. His foster mom, Dayna, loved him dearly and shared his amazing story in an adoption post which made all the readers fall in love with the dog.

Dayna found Chowder in a nearby rescue shelter and was immediately attracted to him. She decided that she’d do everything she could to help the dog get adopted.

As the months passed, Dayna felt like he was ready to be in a permanent home. Although Chowder was a great dog, she felt that his future family needed to know all his quirks and decided to write a very honest adoption post.

In the post, Dayna mentioned that Chowder had Hulk-like strength. She mentioned how Chowder squealed like a banshee whenever he sees another dog, how he snores loudly in his sleep, and how he randomly sprints around in circles.

Dayna saw Chowder’s weirdness as a good thing and she hoped that through her post, a lot of people would apply to adopt him. Luckily, she was right and after a few hours of posting, dozens of people inquired for Chowder’s adoption.

Stacy and her husband were a lovely couple that was in search of a dog to adopt. When Stacy saw Dayna’s post, she was instantly reminded of her dog that previously passed away. Stacy loved the idea that Chowder looked exactly like her old dog so the couple immediately contacted Dayna and asked about the adoption process.

Dayna loved how passionate Stacy and her husband were about adopting Chowder. After their phone call, Dayna dropped Chowder off at their house and said her final goodbye. Though Dayna was emotional, she knew that the couple would take good care of Chowder.

Chowder seamlessly transitioned into his new home. He loved running in his new yard and swimming in his new pool but most of all, he loved the care and love he was getting from his new parents.