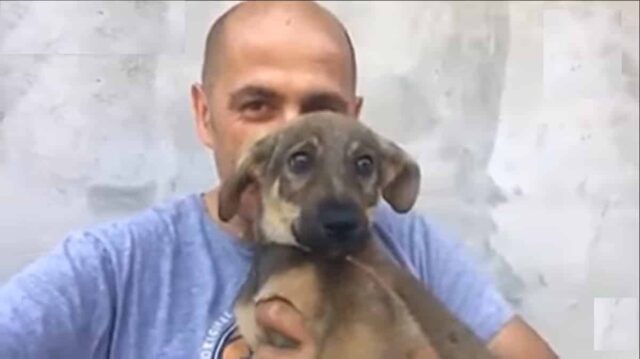 Rescuers from Saving Stray Animals, a small group in Sarajevo, Bosnia and Herzegovina, lead by its founder Fahrudin Caki Bravo, were on a patrol when heavy rain suddenly poured. They rushed to get back to the shelter when something stopped them from running. By the side of the busy highway, they found four puppies hiding under a discarded container van.

Caki checked on the puppies and realized they were on their own. He didn’t find the mama dog anywhere, not even a single sign that she was once there. He wanted to just scoop them up and rush them to the shelter but the little ones were too terrified to let him touch them. 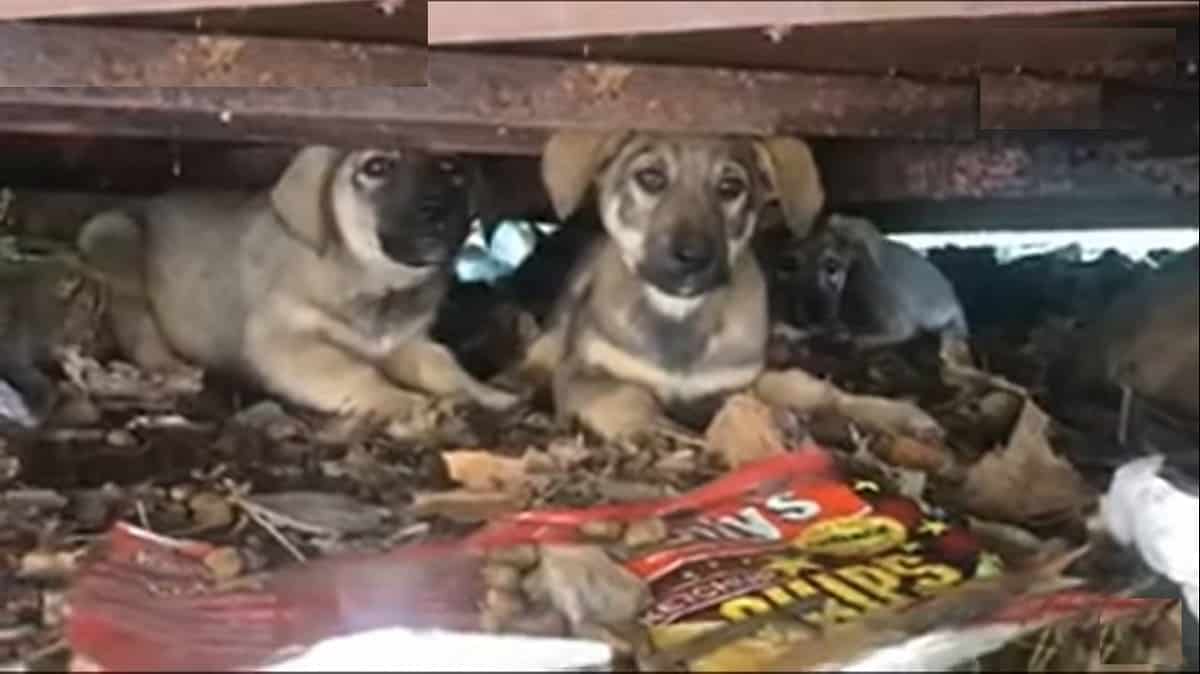 Instead of using force, the rescuer took his time to gain the trust of the puppies. He offered them lots of food and waited for them to finish. He tried several times to grab them, but the baby animals fought back and hid back under the shipping container.

After failing more than a few times, the rescuer finally managed to secure the puppies. He didn’t have a travel crate handy, so instead, he carried them all in his arms and walked them home. Once they made it to the shelter, he wiped them dry and wrapped them in cozy blankets to keep them warm. 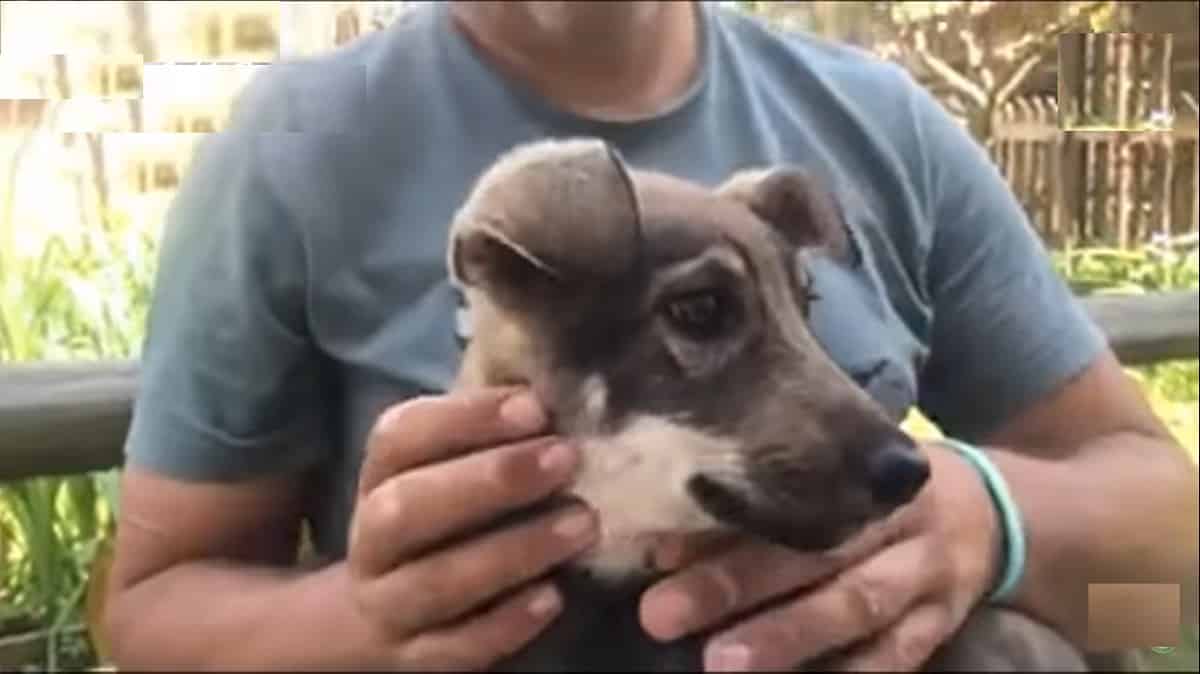 The puppies ate well and they felt relieved to be in a safe place. Two of them, however, were so petrified of everything around them. They trembled even with the slightest touch, while the other two cuddled and played with the rescue staff right away.

The terrified puppies refused to interact with anyone, except their siblings. When Caki approached and attempted to touch them, they hid their faces in the tightest spot. They thought that if they didn’t see anyone, they’d be invisible, too. 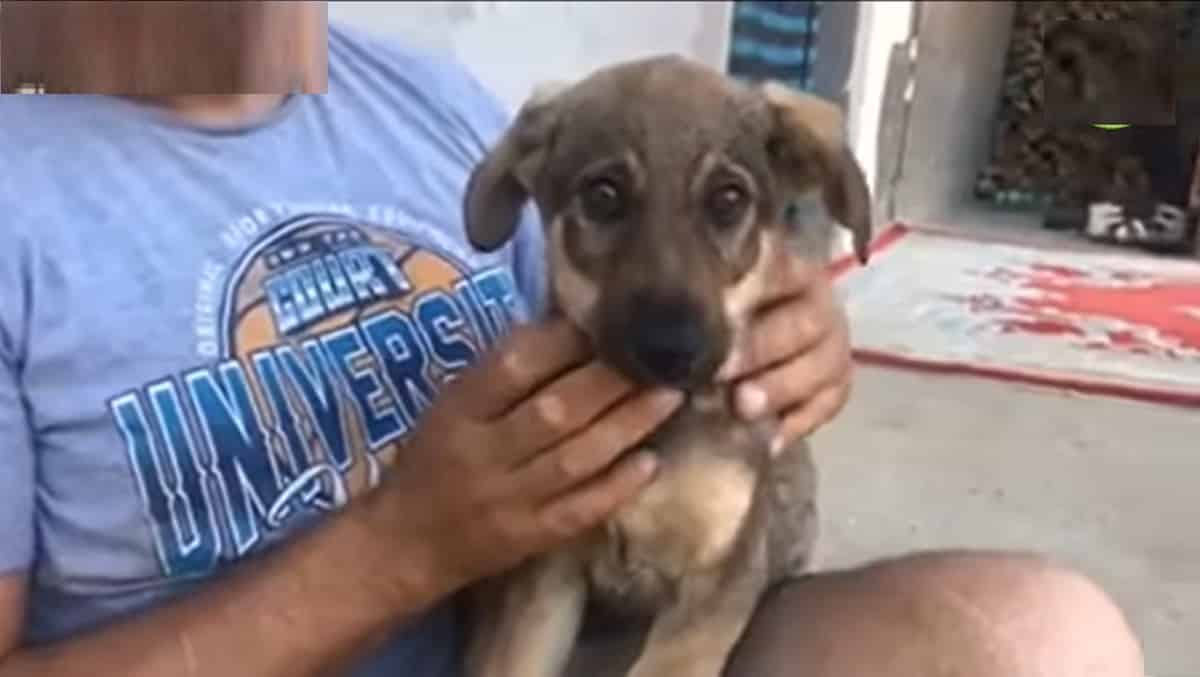 Slowly, the puppies started to decompress. They became open to being touched, but they were still hesitant and skittish around strangers. They needed time, and it was something Caki willingly gave them.

Since their rescue, the furry siblings have improved a lot, but they still need to get used to people so they’d be ready for a new home. Until then, Caki promised to prep them for a bright future ahead of them.