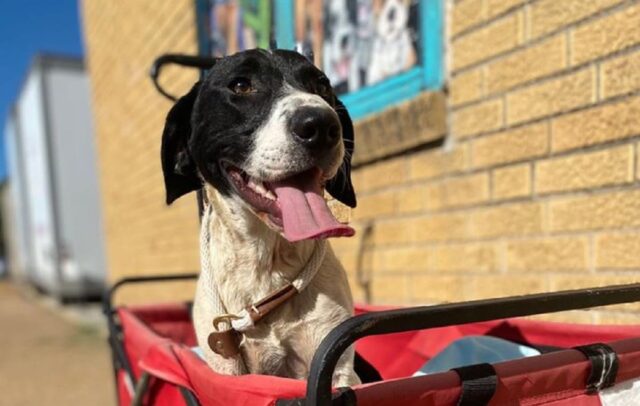 Earlier last week, Stray Rescue of St. Louis received an emergency call for help. Eye-witnesses claimed someone dumped a poor dog off the bridge. Helpless, the pup fell hard and hit a rock before falling into the water. Despite his pain, the dog tried and managed to swim and crawl to safety.

How the dog survived the cruel act was such a mystery. It was also fortunate that a family happened to be at the scene. They were out for a swim when they saw what happened, so they rushed to help save the dog. 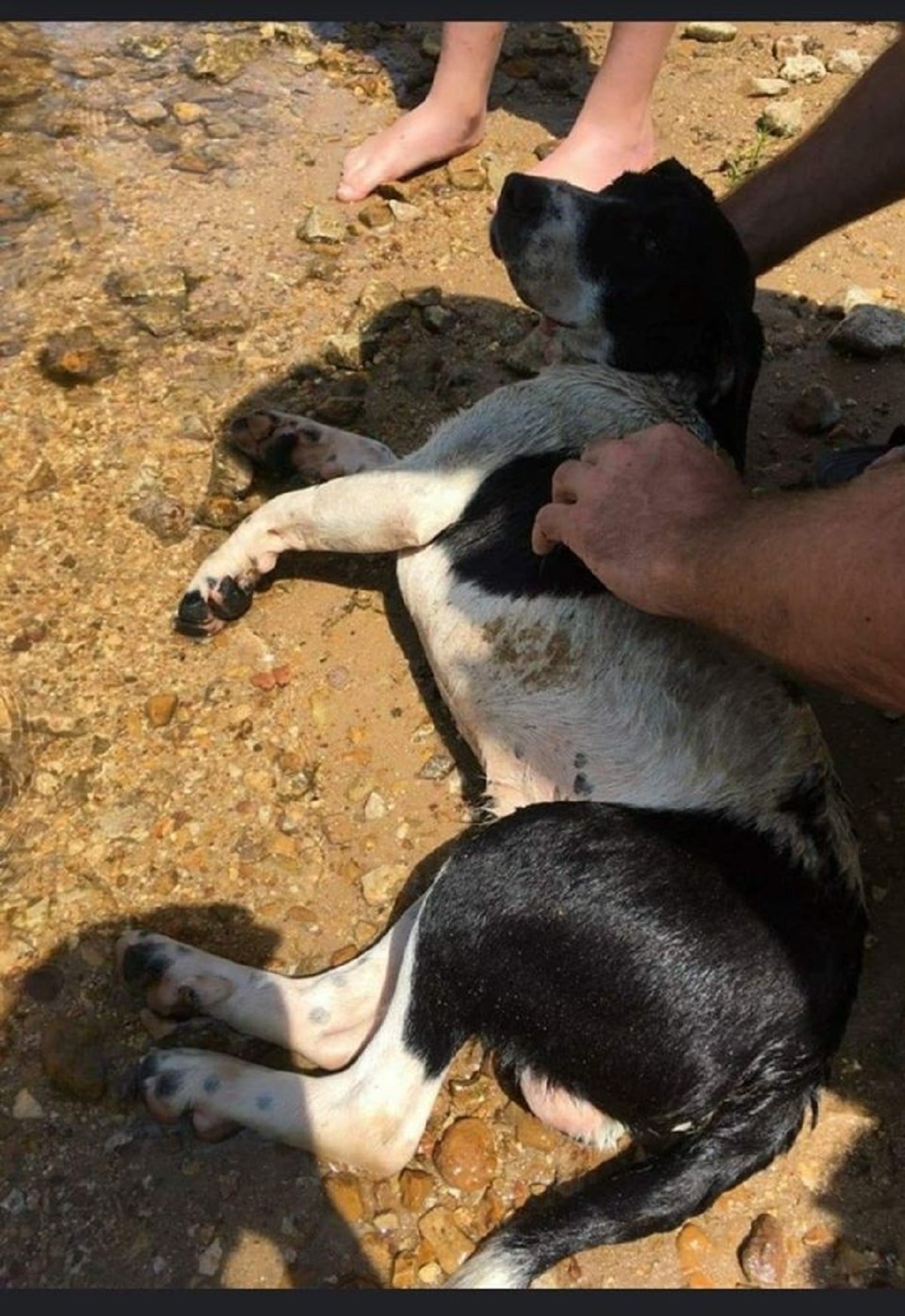 As soon as the rescue organization received the call, they quickly sent out volunteers to assist. The rescuers rushed the dog, later on, named Scout, to the nearest emergency animal hospital. Because of Scout’s condition, he had to stay at the clinic for a few nights. Once he stabilized, the rescuers moved him to Stray Rescue’s trauma center. 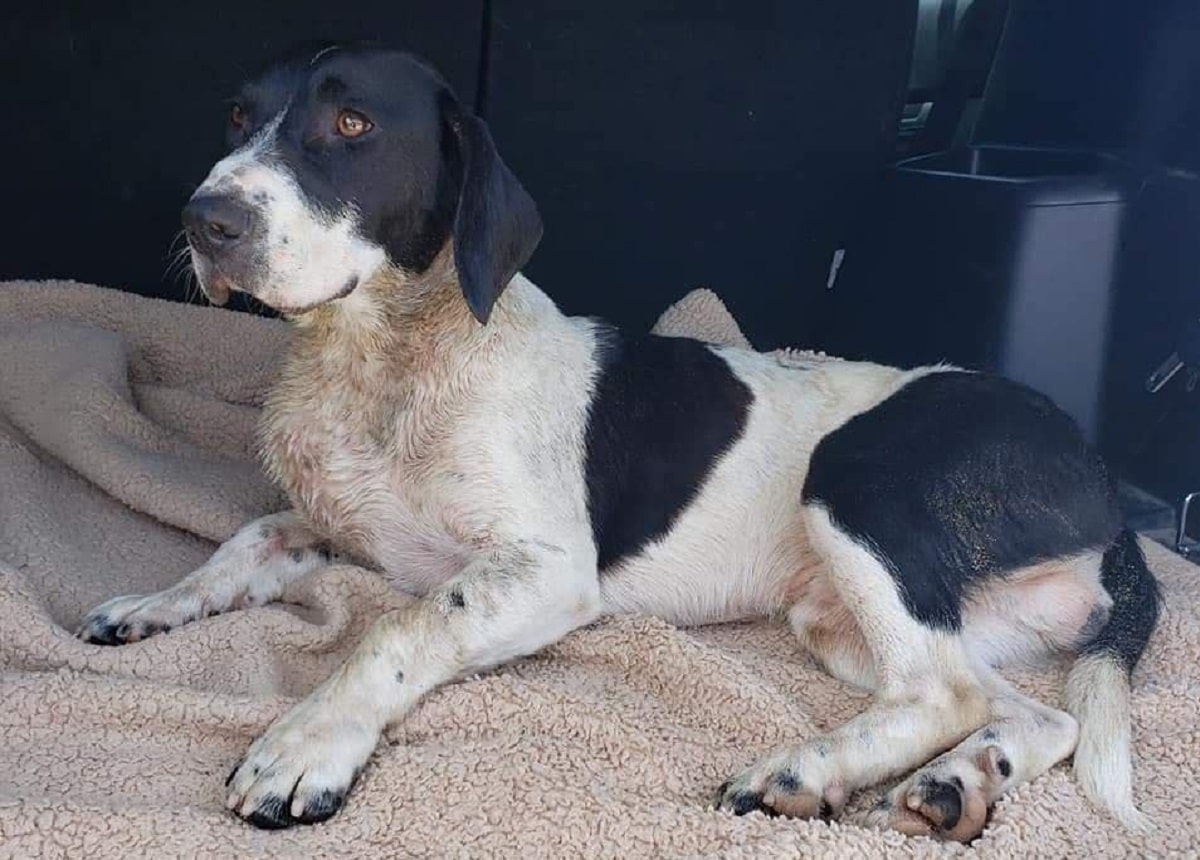 X-rays and other laboratory tests revealed Scout suffered an injury on his left rear hip. His front shoulder was also hurt, and air leaks into his chest cavity. His red blood cell is a bit low, while his liver values are incredibly high.

Scout suffered from blunt force trauma. The first twenty-four hours were critical, so he was placed under intensive care. Staffers took turns watching over the sweet guy, and thankfully, he made it through one more night. 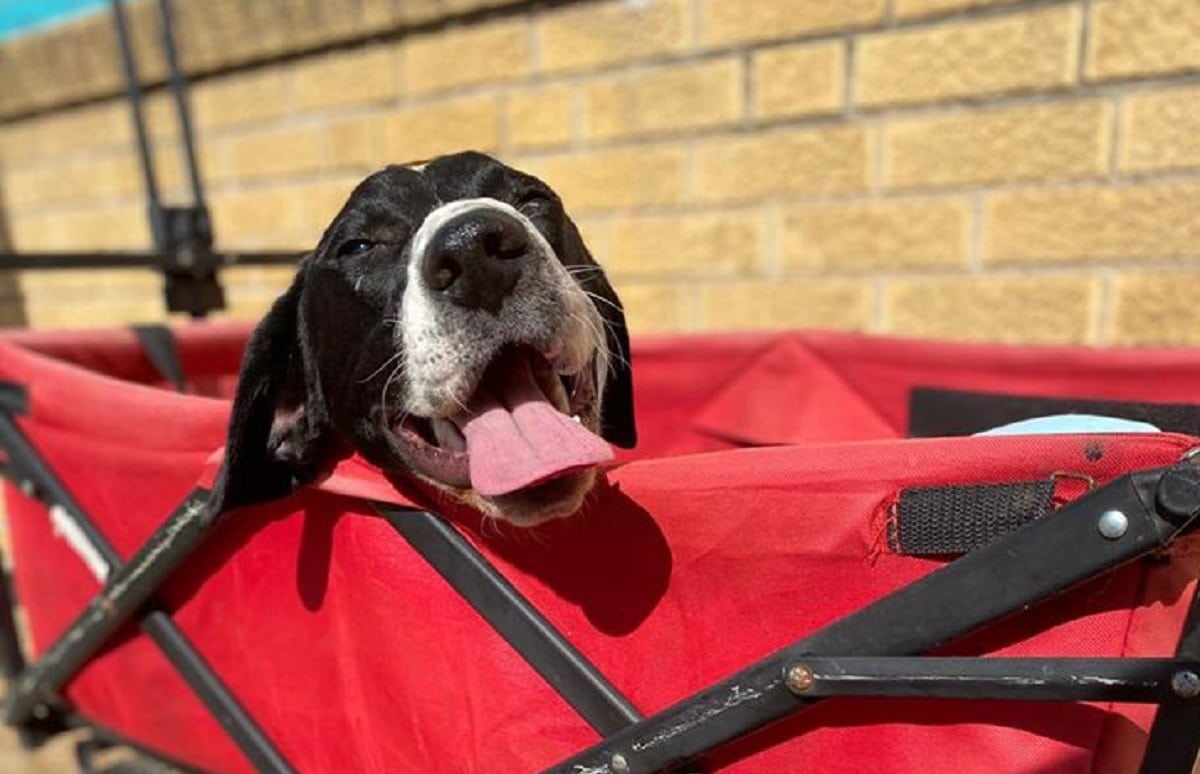 The person responsible for Scout’s misery is still unknown and at large. While the rescue team coordinates with the authorities, they make sure to keep Scout comfortable enough. In fact, the dog is doing great under the care of his newfound friends.

Scout is fortunate that help came to him right away. He, however, is not yet out of the woods completely. He fights for his life, so the rescue team promised to provide him everything that he needs. We can help Scout, too. By donating a small amount to Stray Rescue of St. Louis, we can help Scout win his fight.