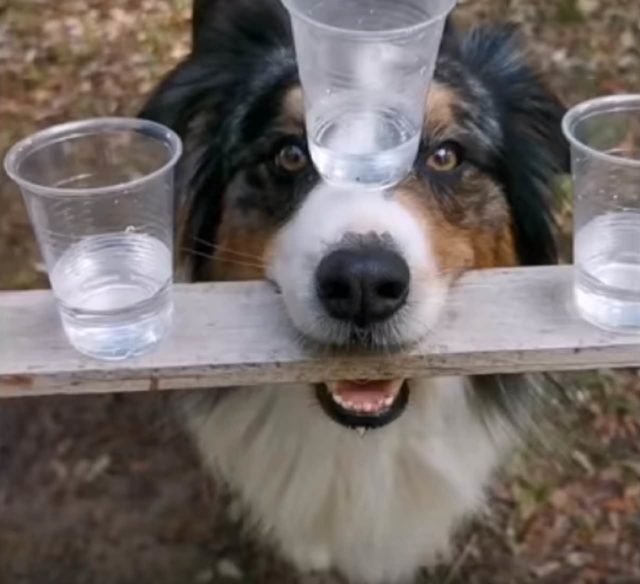 We all love seeing dogs doing amazing tricks every single time. Though it’s already a familiar sight for us to see dogs doing tricks, we cannot help but feel amazed at just how talented these pooches are.

As such, some dog owners even attempt to make their dogs do even the basic tricks. Others might fail in this aspect. But if you’re one of the few who’s lucky to possess a talented pooch, then go ahead and teach them various tricks, just like a certain Australian shepherd named Rush.

Whoops! I’ll be careful with these.

While other pooches still struggle to learn what their owner teaches them, Rush the Australian shepherd’s already ahead of the pack. If others are still into the primary lessons, Rush already made it to the advanced stage with this current trick he’s doing.

One can see in the video how calmly Rush balances five plastic cups while standing on top of a thin wooden beam. What makes this feat all the more challenging is that one of the five cups sits atop Rush’s nose.

If you’re still mulling over how Rush does the trick, you might want to hold back your comments as Rush starts walking on the wooden beam.

Slowly but surely does the trick.

Balancing five cups halfway filled with the water’s already a difficult thing to do. But, balancing them while walking on a thin wooden beam? Now, that’s an incredible trick. And, Rush makes it look like an easy deed as he slowly but steadily moves on the plank. 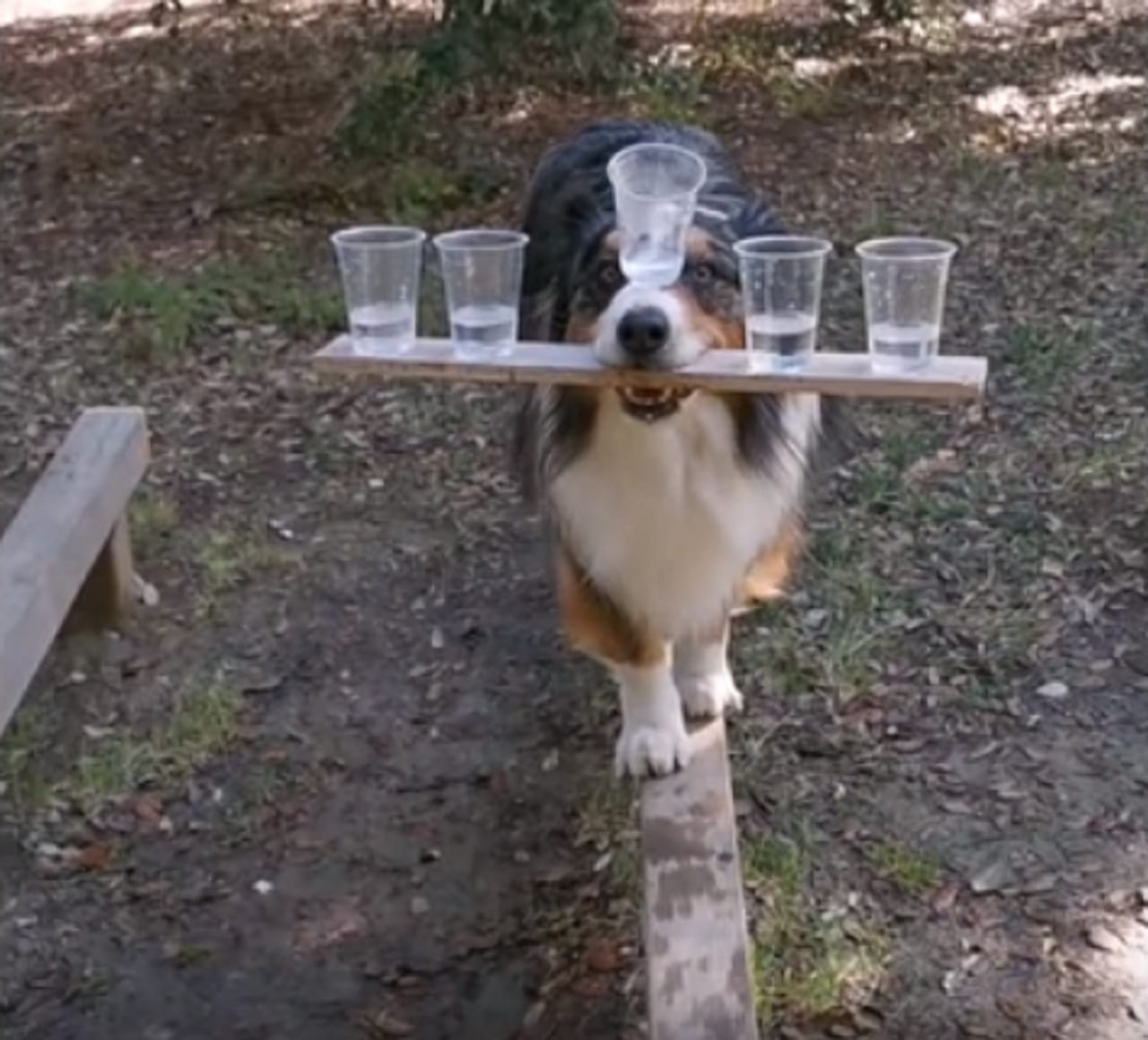 One by one, Rush places his paws in front of the other, careful not to spill a single drop of water from the cups. At this time, most of you cannot handle the suspense and wish for the dog to finish the trick immediately.

But, contrary to his name, Rush is in no hurry to reach the finish line.

Do you think Rush managed to deliver all five cups unscathed? Then don’t keep the suspense to yourself and watch the full video below until the end.