Home Team Barking See An Adorable Golden Retriever Pretend Not To Be Interested In Its... 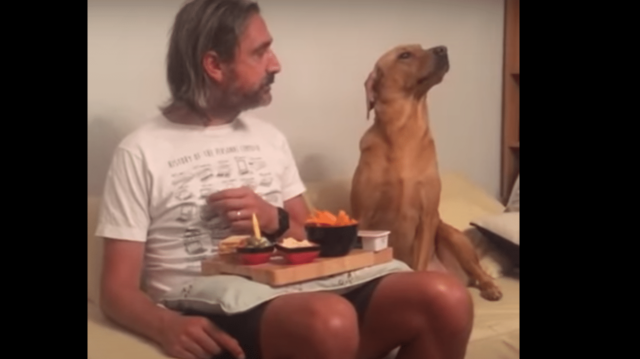 Have you ever experienced going through a mouth-watering situation and then pretended you weren’t interested at all?

Well, this adorable pet did, and it’s hilarious. We don’t know what went down before this funny moment, but this dog did not want to get caught.

The face of hunger

The pet was sitting beside its hooman, and by the looks of it, the doggo was hungry. We assume that the retriever’s owner was aware of it and had this incident captured on tape for fun.

He didn’t expect how much fun this event would turn out to be, but we’re thankful for the recorded moment. This dog has a future in comedy. 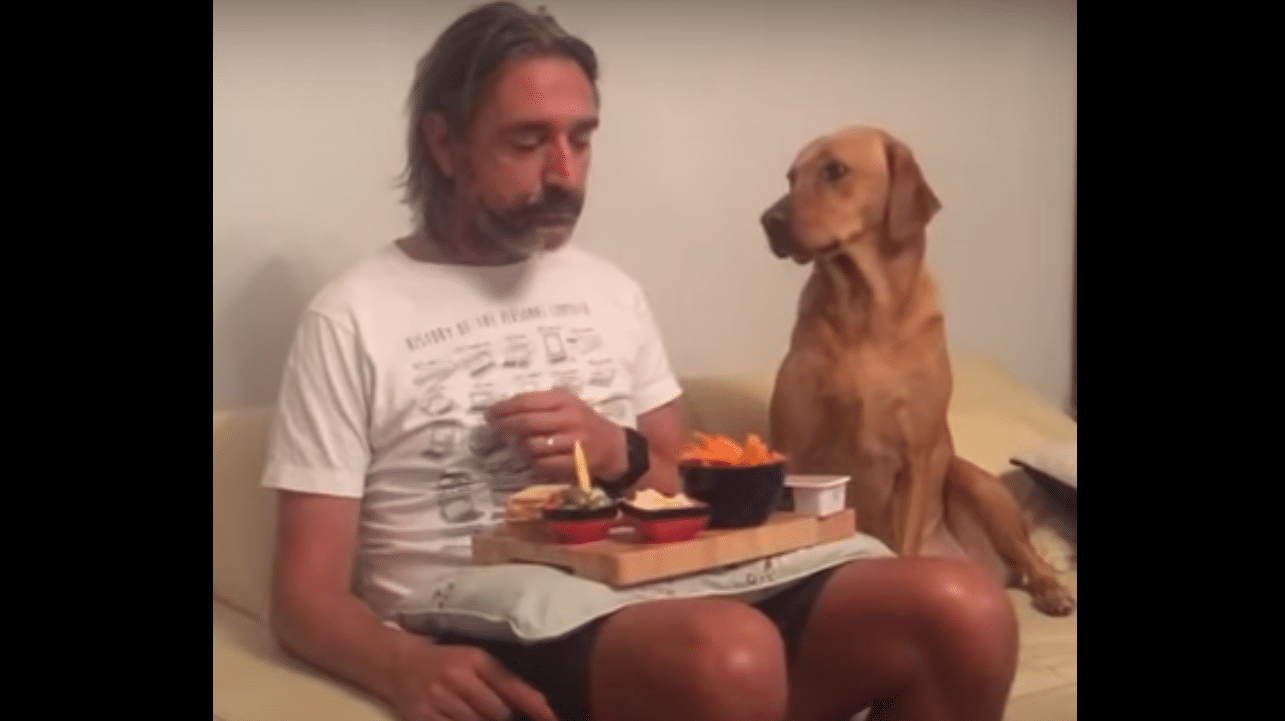 At first, the pup was looking at his owner, but then it glanced at the food. It looked longingly at the delicious fare, and it’s safe to say that the pet wondered how it tastes like.

Then its owner glanced at the pet; we’d like to think he wanted to ask if the doggo wanted some food, but to his amusement, the retriever looked away. 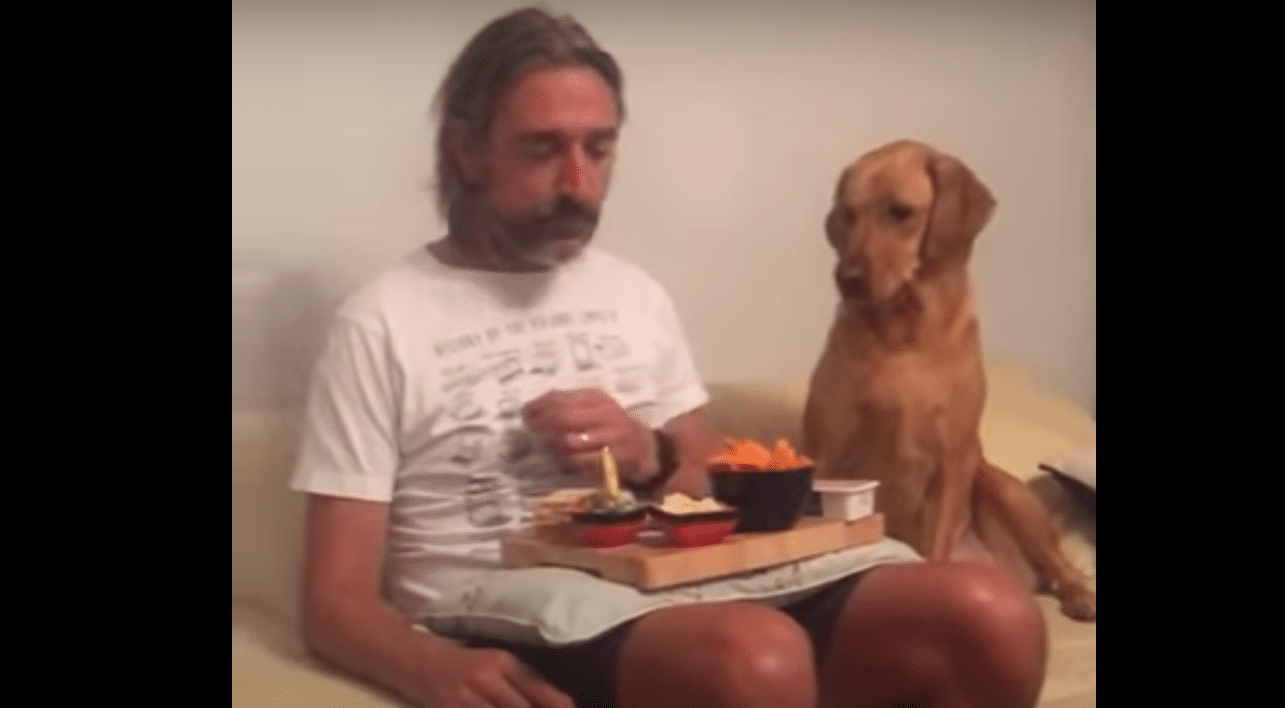 The poor golden labrador didn’t want to get caught in the act, that’s for sure. We feel you, pet. It’s called self-protection, and we do that all the time.

We hope that its owner eventually shared some of his food with the hungry dog. The fur baby’s actions are reason enough for him to do so. 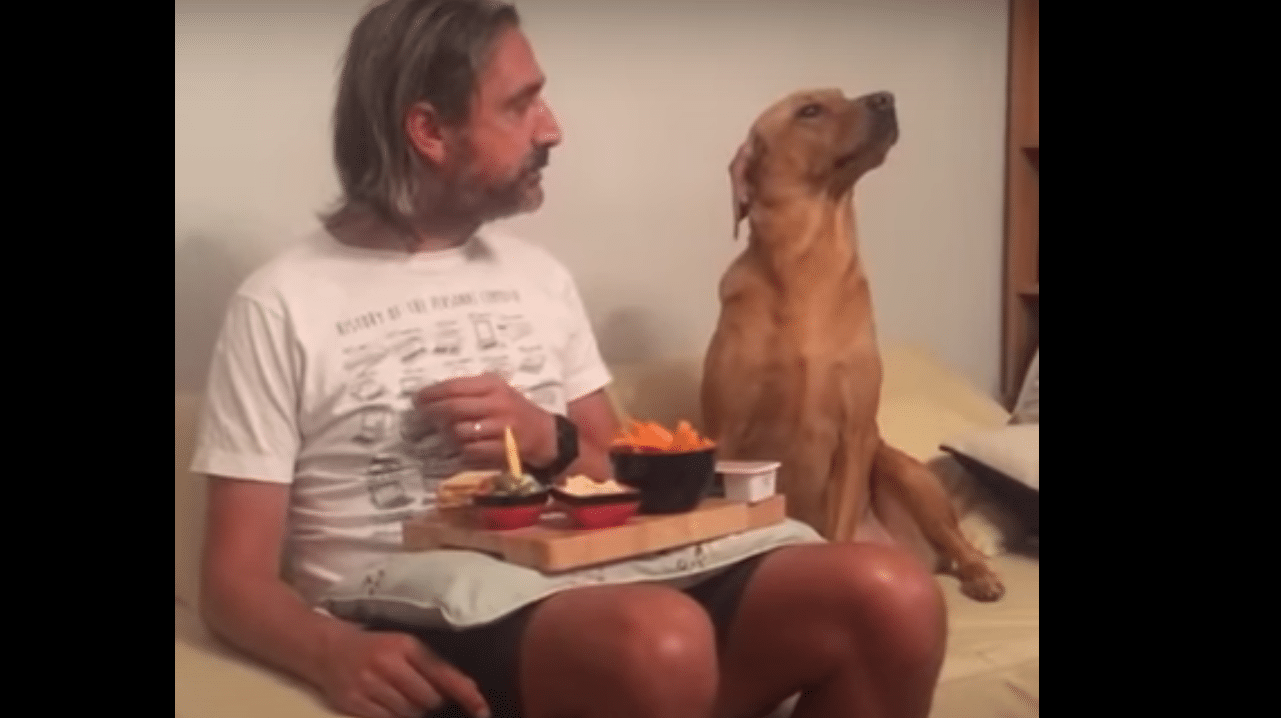 We couldn’t take those sad-eyes, longing expression, and then the abrupt change in character that happened in rapid succession.

We think this pet would also do great in acting. The fur baby’s reaction was too authentic to be rehearsed, and we couldn’t help but laugh out loud.

Thanks for the mega dose of good vibes, doggo. We look forward to more hilarious videos to binge-watch over the weekend. Many thanks to you and your genuine response to delicious food!