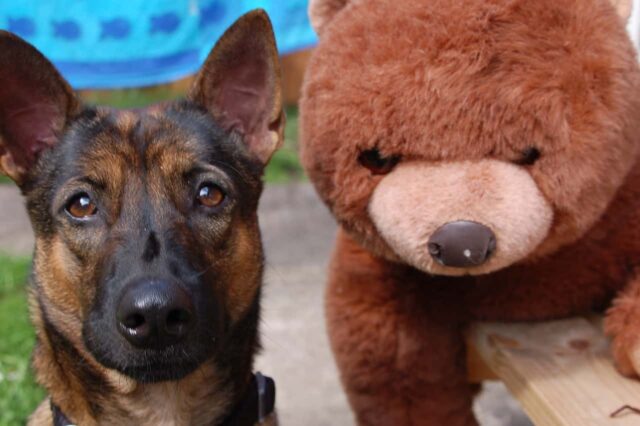 Some fur parents have this instinct to protect their pets at all costs. One such owner was Hailey Morinico. Hailey was a 17-year-old girl from California who had a few dogs.

Her dogs loved staying in their backyard and playing there. That’s the place where the dogs loved to gather and spend time together.

One afternoon, the dogs played in the backyard as usual. Hailey didn’t think anything out of the ordinary was going to happen that day. She was wrong.

She was inside their home when she suddenly heard her dogs barking loudly. They never barked like that. Hailey knew something was going on outside for her dogs to make such a ruckus. Hailey then peeked outside to see what it was all about.

She was in disbelief with what she saw. She saw a mother bear trying to his her dogs. Hailey was terrified of what would happen to her pets if the bear got them. She immediately went outside to respond to the threat.

She didn’t think about it. It was all instinct. She ran towards the bear and pushed her off the ledge.

She then let her dogs get inside their house. Because of Hailey’s quick thinking, the bear fled the scene. No further harm was done.

Still, it was such a terrifying moment that Hailey discouraged anyone from doing what she did. She felt that she was lucky that the bear did not respond aggressively. It would have been genuinely terrible if it did.

She did not want them to get hurt. Those dogs were indeed fortunate to have such a brave mom.