Home Dog Stories The Great And Amazing Rescue Of A Great Dane By A UPS... 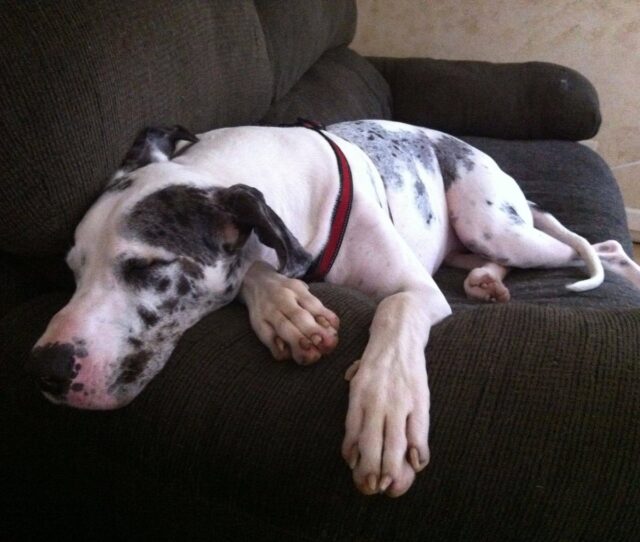 Gavin Crowsley is a UPS driver who always follows his usual delivery route. Everything was like they used to until he saw a very unpleasant sight. Gavin saw a young pup on a short leash, with no means for food or water, looking weak and was about to die.

Gavin knew that the pup would not make it if he neglects the feeble puppy. He thought that it would eventually have starved to death. The UPS guy, found kindness in his heart to rescue the abandoned dog and secure the poor pup.

Due to Crowsley’s timely intervention, the rescue came at the best moment, and the dog is safe. The people at Clay County Humane Society gave the name Phoenix to the poor dog. They thought he is a Dalmatian, but as it turns out, he is a Great Dane, though a skinny one at that. Phoenix only weighed 70 pounds, commonly, he should have been 100 pounds.

It was fortunate that Crowsley, followed his heart and rescued Phoenix. The dog had pneumonia, frostbite, and was severely malnourished. His journey to salvation was hard and long, but he ultimately made it. 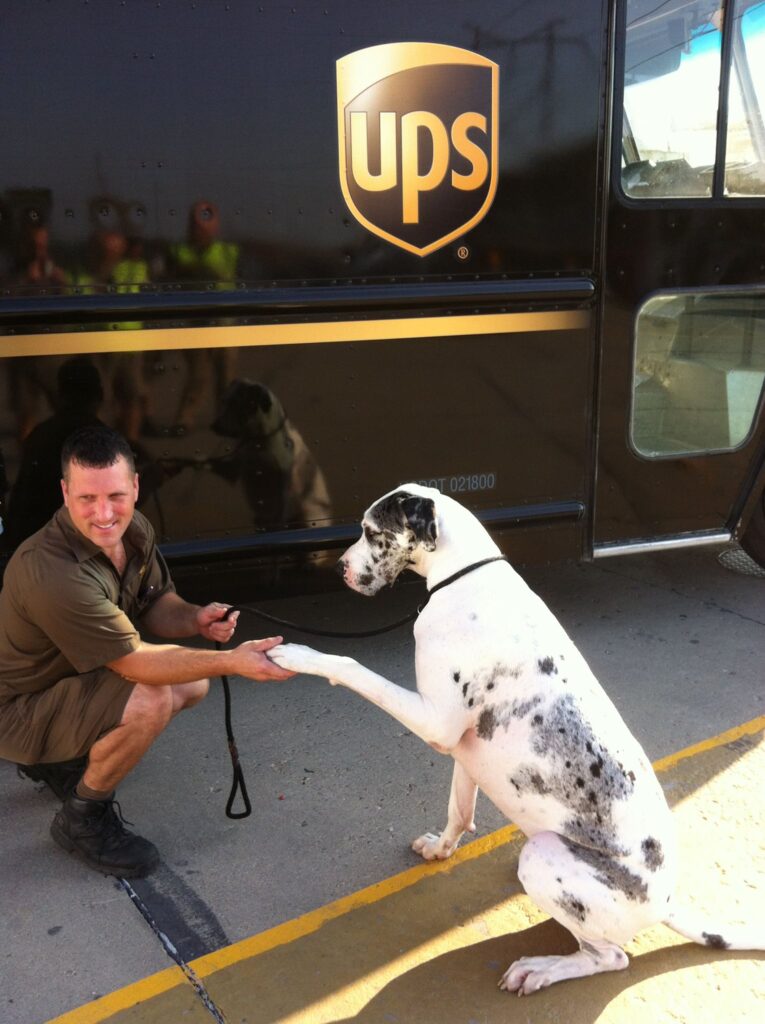 Thanks to the care and love Phoenix received, he regained his lost physique and has grown to 160 pounds. The dog only has one eye, and he could not hear much, but it never stopped him from having a happy life. His forever family came sooner than expected for the Great Dane.

Phoenix met Crowsley again after months with his forever family. Crowsley barely could recognize him because Phoenix changed so much. Phoenix is loved at his new forever home.

During the time away, Phoenix became an inspirational icon on social media, he advocates for other dogs, and he raised money to help other dogs in need. He trained to be a therapy dog and gives happiness to nursing homes.

He has a Facebook page that his foster mom continues to operate and help save dogs in his name. Phoenix lived long and happy with his family. Sadly, he has gone to doggie heaven. Thanks to the UPS guy, Phoenix has lived an incredible life. 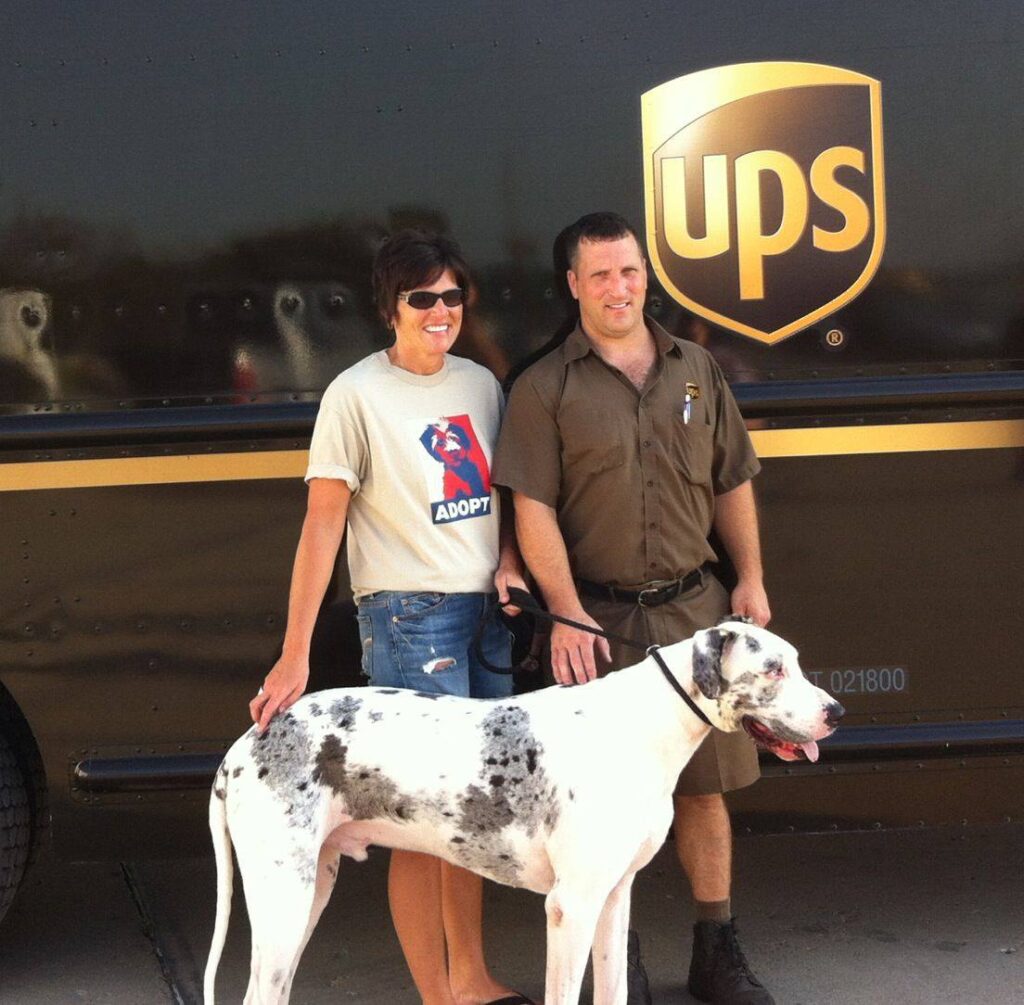 A Shelter Dressed Up Their Senior Dogs In Adorable Attires