Home Dog Videos These Labradors Love Hanging Out With Ducks 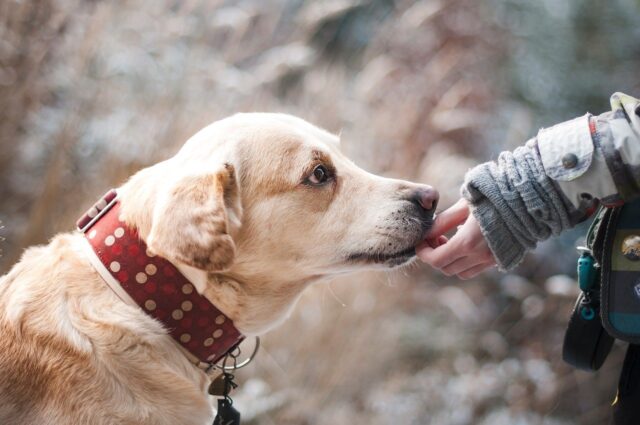 Some people love to adopt more than one type of animal. Having lots of pets bring such people happiness. One woman has several Labradors, and she added six ducks to her pet family.

People from the SBS TV network visited a woman who owned a lot of labradors. The labradors were excited to see the filming crew. Mabelle is the dog who is the leader of the pack.

Recently, the labradors have welcomed new members to their family. Six ducks are permanently living with them. The owner always wanted to take care of ducks, and she finally got the chance.

The owner found some duck eggs and hatched them. The ducks were small and cute. They were able to sit on the dogs’ backs when they were little. At the time of filming, the ducks are three weeks old and have grown quite large.

The dogs treat the ducks very well. The ducks are also not intimidated by the large retrievers because they’ve seen them while they were ducklings. All the pets live in perfect harmony.

Sometimes funny interactions happen. The dogs would join the ducks while eating. The owner tries to stop her dogs because the food is different, but they continue to eat it anyway.

The owner had to ask help from the filming crew to distract her dogs. By doing so, she can feed her ducks in peace. The producer agreed to help her.

After a while, the filming team noticed something. One of the six ducks has gone missing. They immediately informed the owner. She rushed out with a surprised expression. One duck going missing has never happened before.

The owner looked around the yard. The filming crew and all the dogs helped search for the duck too. SBS TV will post another update regarding this story on their YouTube channel linked below.