Home Dog Videos This Pit Bull Was Labeled As A Failed Designer Dog But Someone... 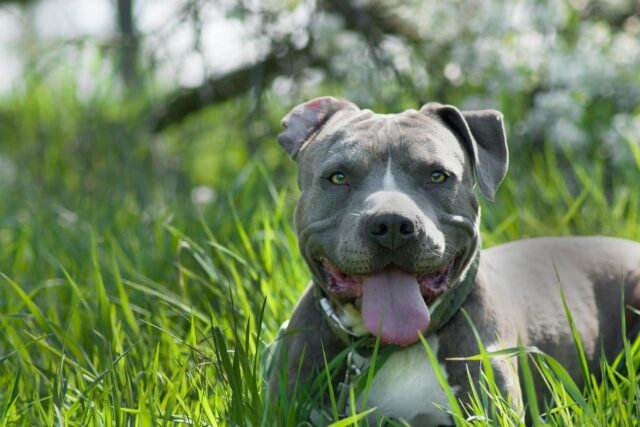 When designer dogs don’t turn out the way the breeder likes, they are often abandoned or surrendered. It’s unfair because no dog should feel unwanted.

Fortunately, many people don’t care about a dog’s breed because it hardly matters in terms of the value they give to someone’s life.

Ducky is a pit bull who was labeled as a failed designer dog. He’s short and stocky, and his paws are webbed to a certain degree which earned him his name. Ducky was dumped at an animal shelter in San Diego with his sister. Overall, Ducky was a mess before meeting his current owner.

Eventually, Ducky was fostered by a loving family in San Diego. That family did a lot for him and caused his personality to come out. Then a woman named Dianne found out about Ducky, and she immediately took a liking to him.

Dianne had two other dogs, one of which was already old. Thus she was ready to take in Ducky and make him a part of her life. She also believed that he would be a great companion for her other dogs, which eventually proved to be true.

Ducky got to relive his childhood years in Dianne’s home. He unluckily couldn’t do so in his past few years because he was likely stuck in a breeder’s backyard. Nowadays, he gets to play with Dianne’s other dog, Maggie, all the time.

Ducky is just one of Dianne’s three pit bulls. She didn’t intend to own three of the same breed; it just happened. Dianne believes that every dog deserves a good home. Furthermore, all her dogs are rescued because she doesn’t believe in purchasing animals.

Overall, Ducky provides comic relief for Dianne. She also says that he gives her a feeling of fulfillment. She likes to think rescue dogs are like a box of chocolates because they’re all very sweet.