Home Team Barking This Pit Bull Who Got Rescued While Pregnant Turned Out To Be... 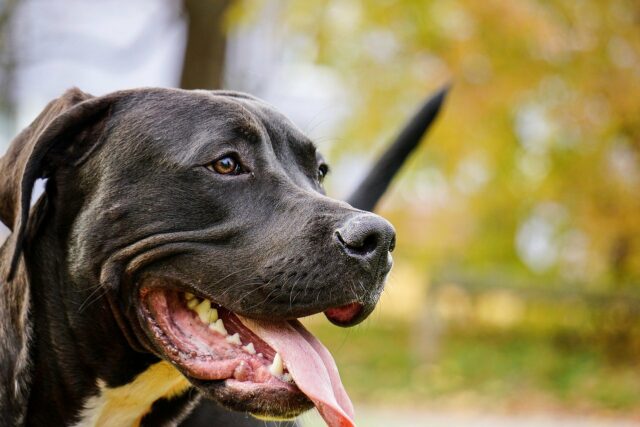 Homeless pregnant dogs are a sad sight to behold. Even if they can give birth without any assistance, they should have a safe place to retreat to during labor. Fortunately, animal rescue organizations like Real Time Rescue (RTR) ensure that no pregnant dog remains homeless.

One day a rescuer from RTR named Summer saw a pregnant pit bull chained to a tree. She felt a strong calling to remove this dog from her situation. Fortunately, the owners agreed to surrender their dog.

The dog was given the name Blue. She was also given her own room in the veterinarian’s office to rest and prepare to give birth. Three days after getting rescued, Blue went into labor and delivered 13 puppies.

Summer didn’t expect Blue to give birth to so many puppies. It was hard to find someone willing to foster all of them. Fortunately, a woman named Cynthia was up for the task.

Cynthia was happy to have Blue and the puppies inside her home. She prepared a large area for Blue and her puppies to use as a bed. She also gave the puppies collars that have varying colors, so they’re easier to identify.

Blue was a great mother to her puppies. She’s sweet, caring, and always ready to give her puppies some attention. As a result, the puppies learned how to be loving and sweet as well.

Since all of the puppies were well-behaved, it wasn’t hard for them to get adopted. Cynthia experienced a rollercoaster of emotions as the puppies were getting adopted. However, she became most emotional when Blue left her side.

Blue ended up with a family who gave her everything she needed. She got spayed and was well taken care of. Such a success story wouldn’t be possible if not for the efforts of Summer and Cynthia.

French Bulldog Dislikes Being Left Behind By His Lady Owner, And His Howls For Attention Will Melt Your Heart And Make You Smile At...