Home Dog Stories This Traumatized Dog Learned How To Trust People Again Because Of Her... 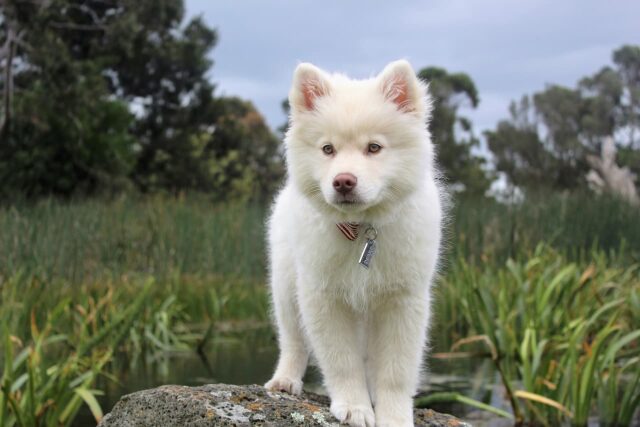 A dog can suffer from traumatic experiences just like people. They also take time to recover from such traumas. Fortunately, good people out there make it their mission to help dogs recover and become happier. Here’s a story showing the process of recovery as it unfolds.

There’s a dog in South Korea named Seul-Ah who refused to move from her corner of the room. This is because she’s extremely scared of people, except for her owner. The situation is so bad that if she’s forced to move, she will defecate instantly.

Seul-Ah has a tragic origin. She grew up in a puppy mill, also known as a puppy farm. There she had given birth to puppies that had died due to neglect. She was found cowering in a corner near her deceased puppies.

Fortunately, the puppy mill where Seul-Ah came from had been shut down. However, the memories of her suffering and sorrow are still fresh. This is why she cannot function properly and enjoy her new life.

The woman taking care of Seul-Ah is at her wit’s end. She feels helpless and sad, not knowing how to make her dog better. That’s why a dog behavior expert stepped in to help her with the situation.

The expert named Chan Jong requested for Seul-Ah to be transferred to a facility. There he could focus on training the dog to trust humans. He had prepared an elaborate solution to the dog’s problem.

First, Chan Jong used Seul-Ah’s blanket to spread her scent inside the new room. Then when the dog entered that room, Chan Jong wore a blanket assuming the shape of a tent. When the dog felt anxious, she hid under Chan Jong’s human tent.

The final step of the solution was bringing other dogs inside Seul-Ah’s room. Interacting with other dogs incentivized her to move, which was essential for improving her mental health. She was also brought to an agility course for the same purpose.

After two weeks, Seul-Ah was ready to meet her owner. It was a touching reunion. The owner couldn’t believe the happy expression on the dog’s face.