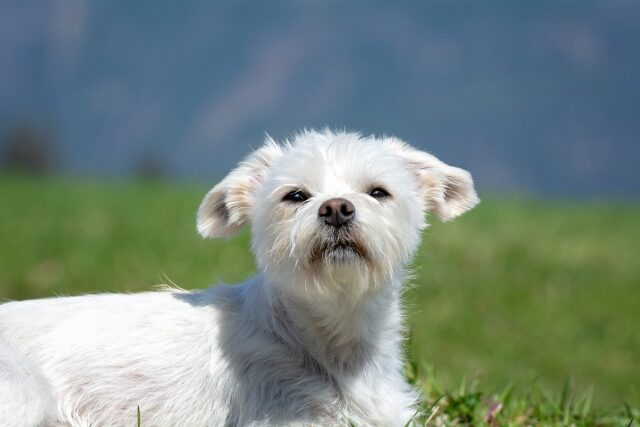 Loreta Frankonyte and Eldad from Hope For Paws responded to a call about an injured dog that was living in an industrial complex. They were told that the dog might have broken some of his bones as he was limping, but they weren’t sure which.

When they arrived in the industrial complex, Mike Badger, the good samaritan who had been feeding the dog every day, led both Loreta and Eldad to where he usually sees the dog during the day.

They searched beneath the buildings, but the dog was nowhere to be seen. As big as the industrial area is, the dog could be anywhere. Moments later, when Eldad was about to move away, he caught a glimpse of the dog sleeping near the wall.

They were going to barricade the way from which they got in. Unfortunately, the dog started running the other way. Mike informed Eldad that it led to a parking area and eventually to a busy street.

Eldad and Loreta had to act fast else the dog might cross the street even with its injuries. Eldad and Loreta ran after the dog, and thankfully, Loreta was able to attach a gentle snare on the dog before it could go any further.

Despite his injuries, the dog turned hostile and started attacking them. Were it not for the snare, the dog would have bitten the rescuers already. Loreta placed a lucky leash on the dog to prevent it from escaping, however, it only made the dog angrier.

Loreta decided to name him Masik. After a good snack, Masik finally calmed down, and they were able to get him back to the car. Upon arriving back at the hospital, they immediately did a medical checkup on him and shaved off his matted fur.

Because of the severe matting, the doctor had to put Masik in a deep sleep. Meanwhile, Eldad was shown the result of Masik’s X-ray, and they found that his pelvis was shattered. Fortunately, Eldad knew that Doctor Antonio Pedraza could help Masik.

After a successful surgery, Masik was finally a happy dog once again. He has transformed into an adorable little pooch that loves to cuddle. And after everything that Masik has been through, he is finally ready to find his forever home.

Adventurous Newfie Strolls Around Town While Tugging Wagon Along