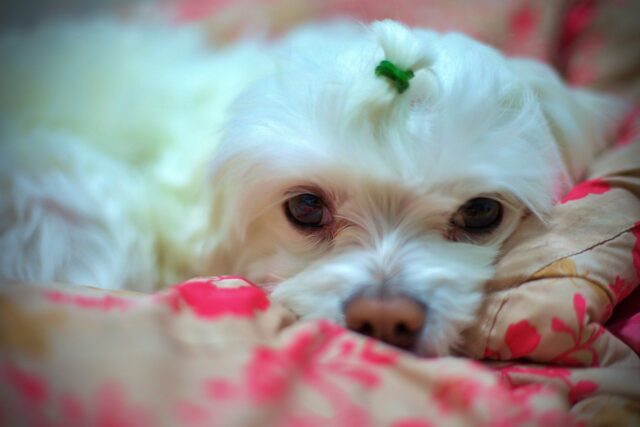 Dogs have an important role in the lives of many people. This is why when they’re sick, owners will do everything they can to make them better. This is also where veterinarians come in to help these owners and make sure pets live a longer life.

One day a Maltese named Max was brought to a veterinary clinic because of a serious health concern. Max’s breathing was labored, and he had a lot of nasal discharge. His family couldn’t bear to see him in that state.

Max is the only male companion his owner has in a house full of women. That’s why if anything bad happens to him, his owner will be very devastated. Fortunately, the veterinarian assured the family that Max would get better.

The vet in charge of Max’s case was Dr. Dairra Blue. He told the family that Max is dealing with a case of influenza that’s causing pneumonia. He advised the family to hospitalize Max in the clinic’s isolation ward until he got better.

On the first few days of Max’s hospitalization, he showed signs of exhaustion. His breathing became worse, and he was literally turning blue. Dr. Blue had to put the dog under an x-ray to get a clearer picture of what he was dealing with.

The x-ray results showed a lot of nasal congestion inside Max’s lungs. There was no doubt that Max had pneumonia. The next step was to put him under a treatment plan with intravenous fluids and antibiotics.

After some time, Max’s family came to the clinic to check on him. However, during that time, he wasn’t fully recovered yet. It took another visit before he was finally allowed to go home.

Max’s entire family was there to see him and get him back home. They saw significant improvements to the way he looked and behaved. Before leaving, the family thanked Dr. Blue for everything he had done for their dog.