Home Dog Stories Woman Takes Home A Pup That Has Never Experienced Sleeping On A... 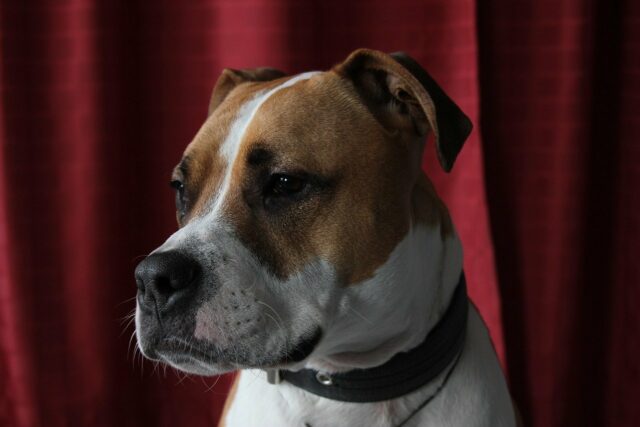 The world is sometimes a cruel place for dogs. Some pups are left behind while others suffer from abuse. But it’s always great to know that there are some people and organizations who commit themselves to make dogs’ lives much more comfortable.

A woman named Lauren Smith Greeno is certainly one of those people. She’s been dedicating her life to caring for dogs in need. She volunteers at shelters and even fosters animals until they find their new families.

But when she saw a poor dog named Ginnie on Facebook, she knew right away that she had to take her home.

Lauren said that she first saw the poor pooch on the Facebook page of a rescue organization called Charlie’s Crusaders Pet Rescue. Ginnie was featured in a post intended for a potential adopter or foster parent. Lauren then emailed the organization, telling them that she was willing to foster Ginnie and potentially adopt her.

Ginnie was stuck in the shelter for six months, as nobody wanted to take her home. Her previous life was quite tragic because her former owner treated her very poorly. Ginnie was kept on a short leash, and she never had the chance to experience sleeping on a soft bed or play with toys.

But her life had changed when Lauren adopted her. Lauren said that Ginnie was doing super well; she admitted that the pup was spoiled. At her new home, Ginnie got to sleep on her owner’s bed and received kisses and belly rubs.

Ginnie is a lovable dog

Lauren proudly shared that Ginnie was a gentle and affectionate pup. She revealed that the pup loved to cuddle and was quite clingy.

The dog had also discovered how fun playtimes were. She had experienced the joy that tug toys and tennis balls could bring.

Well, Ginnie’s story just shows that a dog changes for the better when it is loved and properly taken care of. 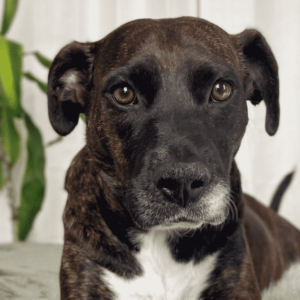 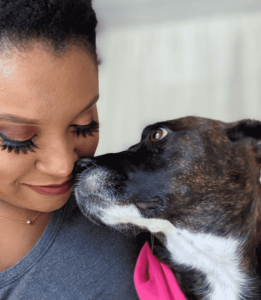