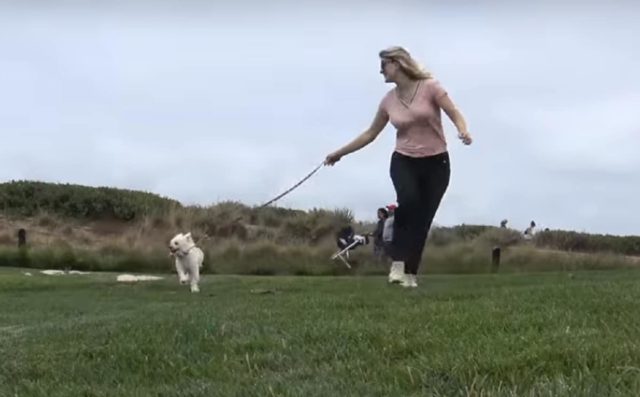 Chaplin lived on the streets for over two years. During that time, he didn’t have any human contact. He trusted no one but the man who willingly fed him. 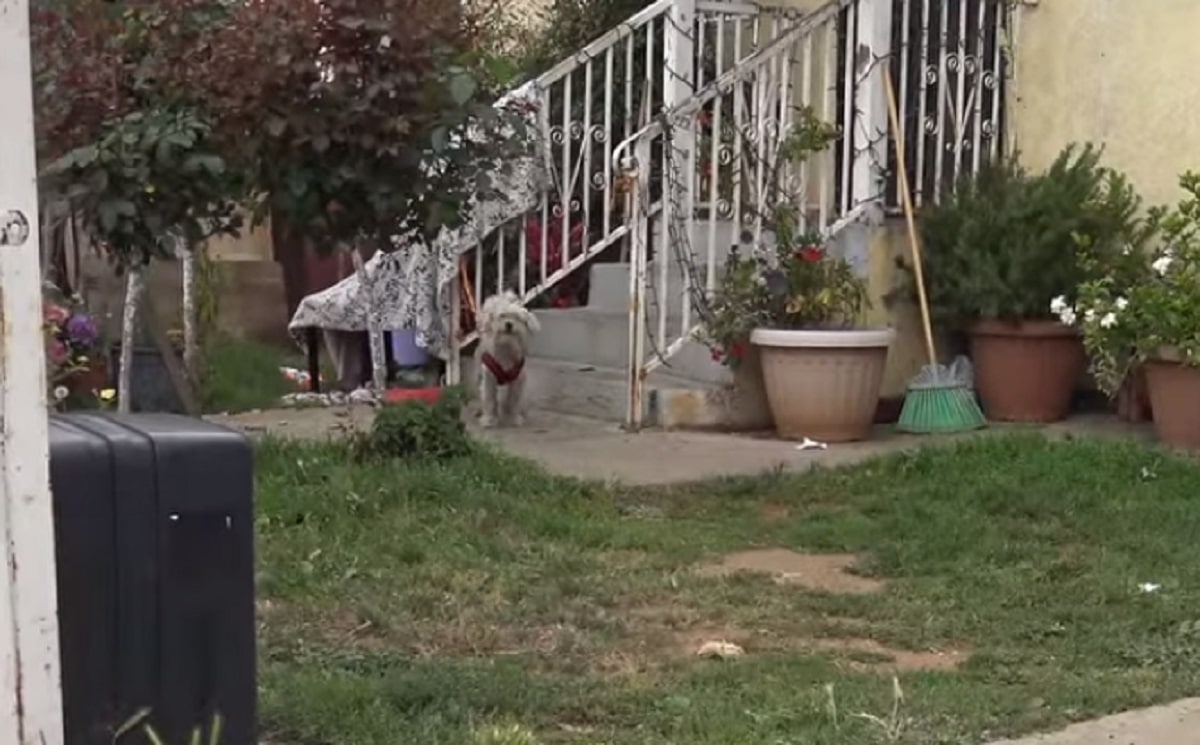 The man who feeds Chaplin had to go to work that day. But he knew rescuers were coming. So make the rescue a lot easier, he tied the dog onto the fence inside his house.

So many people tried to help Chaplin, but he was so scared that he kept running away from them. So to make sure he won’t escape this time, Loreta immediately decided to use the gentle snare to secure him.

Loreta sat with Chaplin for a very long time. She had to gain his trust first. So she gave him all the time he needed. Typically, Hope For Paws rescuers brings cheeseburgers to their mission. But unfortunately, Loreta and Eldad Hagar rushed to the scene as soon as they received the call. They didn’t have time to grab some cheeseburger to offer the dog. 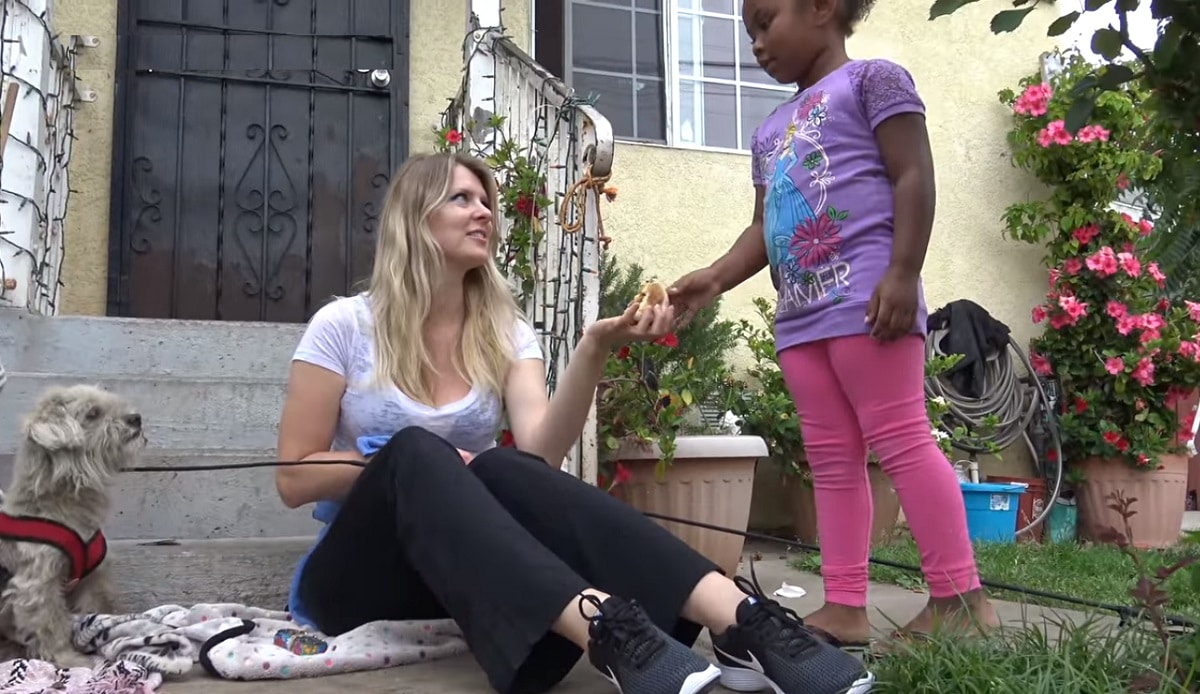 Having yummy smelly food helps with gaining a dog’s trust. To the rescuers’ surprise, Rosie’s daughter, Carla, approached Loreta and handed her breakfast sandwich to give to Chaplin. It’s her little way of helping with the mission.

Chaplin ate the sandwich, bite after bite. After a while, he stood up and willingly walked with Loreta to the car. Although he was still a little nervous, he no longer had the warning looks that he initially gave his rescuers. 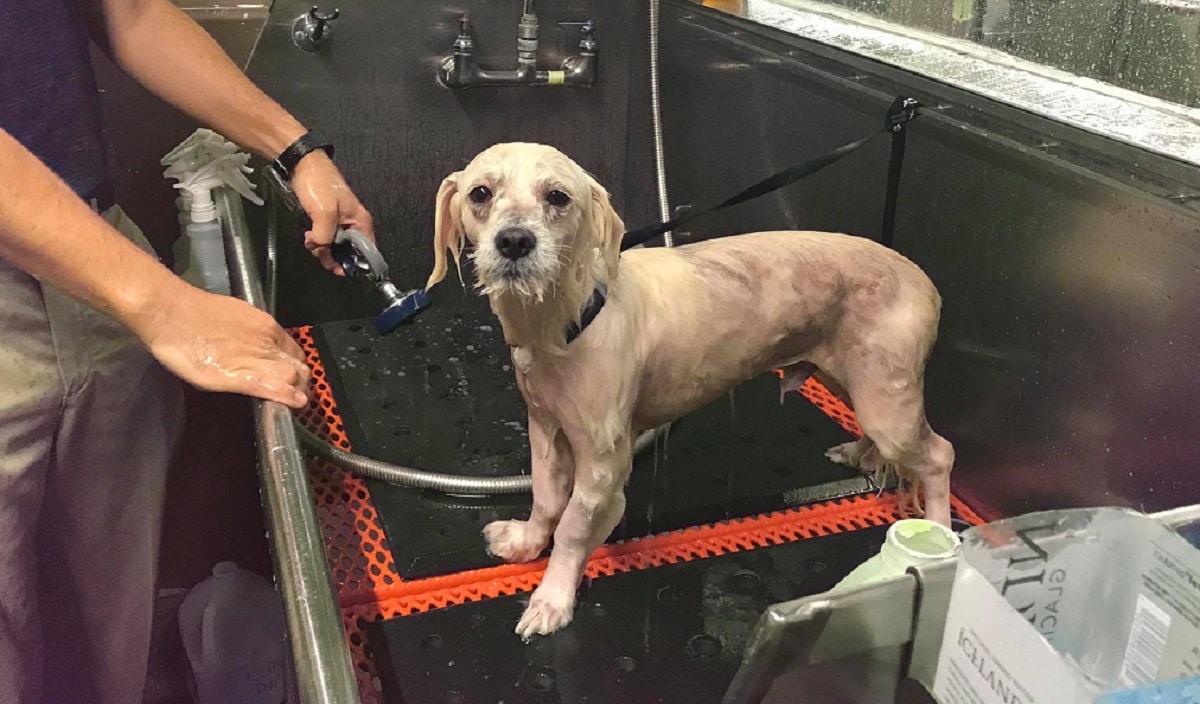 Carla and her sister Brielle joined the rescuers in assuring Chaplin that he is safe. Afterward, the girls gave them drawings of Chaplin as a little souvenir.

Chaplin received a nice warm bath at the rescue center. Then, he proceeded to his foster friends at Smooch Pooch Dog Rescue. He will be staying with them until the perfect forever family comes to bring him home.